Party over for party-list No. 1, ‘A’ groups | Inquirer News
Close
menu
search 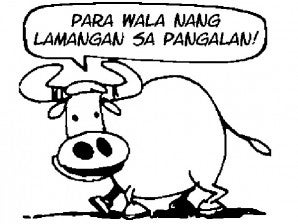 It looked like a lottery draw complete with numbered ping-pong balls jumping inside a tambiolo or raffle drum—except that the prize was not millions of pesos but slots on the ballot for the party-list elections on May 13.

Each ball bore a number corresponding with the name of the party-list group.

The Commission on Elections (Comelec) on Friday carried out the raffle to determine the order in which the names of the competing 136 party-list groups would appear on the ballot. In past elections, many had marked their names with “A’s” and “1’s” hoping they would get first mention on the ballot.

At Friday’s draw, the group “1st Consumer Alliance for Rural Energy”—or 1-Care—won the No. 1 spot. On the previous list, which followed the alphabetical order, it was in 7th place.

Actually, 1-Care was one of more than 50 groups disqualified by the poll body but were able to secure a status quo ante order from the Supreme Court last month, which enabled them to qualify for Friday’s draw.

The last, or 136th, to be drawn was Abang Lingkod, which occupied the 14th slot in the previous listing.

From its previous 37th slot, Akbayan dropped to 117th. Its rival, Bayan Muna, moved up seven slots to 79th.

After Friday’s raffle, “a historic first” in the country’s 15-year-old party-list system, many of the groups will just have to work on their campaign strategies while incorporating their corresponding number on the ballot to win seats in Congress, Comelec Chair Sixto Brillantes Jr. said.

“The purpose (of this raffle) is to avoid these very abnormal names of party-list groups with too many A’s and 1’s,” Brillantes told reporters. “Now, it is no longer important if the name starts with 1 or A. What counts now is the number,” he added.

Election commissioners took turns drawing the marked ping-pong balls from the lottery drum and announcing the numbers to an anxious crowd comprised of representatives of the party-list groups.

The Comelec announced later that at least 13 groups out of the 136 would be taken off the official list after it inadvertently included them in the raffle.

Brillantes said that while the 13 groups, classified as “new applicants,” were able to obtain a status quo ante order from the Supreme Court, they should have gotten instead a mandatory injunction—which was what they needed to be included in the raffle, as indicated in a Comelec resolution.

A mandatory injunction would stop the Comelec from disqualifying them from the elections.

“Our resolution says that those new applicants, even if they were able to get a status quo ante order from the SC but were not able to get a mandatory injunction, will not be included in the raffle,” Brillantes said.

He said the Comelec would first have to double-check the names of the 13 groups before disclosing them to the public to avoid any confusion. He said it was possible some groups would move up in the ballot order once adjustments were made to correct any error.

‘This is not lotto’

In the first few minutes of the raffle, a muffled cry of “Yes!” was heard from the crowd of onlookers, as if they hit the jackpot.

Brillantes earlier reminded party-list group representatives that even if they placed No. 1, it did not spell victory for them in the elections.

“This is not the lotto. You won’t win anything even if you get No. 1,” Brillantes said. “Landing No. 1 doesn’t mean you will win. But there is a slight advantage because there is a chance that people, especially those who don’t know about the party-list system, will vote for whoever is No. 1.”

In his opening remarks, Election Commissioner Rene Sarmiento said that since the first party-list system of elections were held in 1998, there had been a surge in the number of groups using names that started with “1 or A,” or “1 plus A” or “1 plus AA” or “1 plus AAA” or “1 plus name of the group.”

Sarmiento noted that in 2007, out of the 93 party-list groups allowed to participate in the elections, one group started its name with “1,” two groups with “AA” and 45 groups used “A” as the first letter of their names.

In the upcoming balloting, 15 groups have names that start with “1,” six groups with “AA,” and 71 with “A,” Sarmiento further noted.

“The reason for these names … was to enable them to be in the first order of listing in the official ballot to the disadvantage of other party-list groups whose names do not start with 1 or A,” he said.

Sarmiento said that “to level the playing field and avoid the unusual increase of party-list groups with 1 or A, the Commission decided to conduct this raffle in an open, transparent atmosphere.”