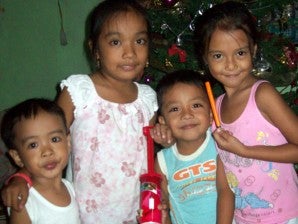 MANILA, Philippines—Investigators are checking several firearms license holders who may have fired their guns during the New Year revelry in Caloocan, in an attempt to pinpoint who could have killed seven-year-old Stephanie Nicole Ella during the countdown to New Year.

Senior Inspector Leonilo Padulaga of Caloocan police said there were roughly 10 firearms license holders near the area where Nicole was hit by a stray bullet during the New Year revelry on Tuesday.

Nicole was confined at East Avenue Medical Center’s surgical intensive care unit since then and had been in deep coma after the bullet was lodged in her head. She was pronounced dead at 2:26 p.m. Wednesday after suffering eight cardiac arrests.

Nicole was set to undergo autopsy within the day. Padulaga said a scientific method of investigation would be conducted once the bullet was taken out from Nicole’s head.

Padulaga said six empty shells were recovered from three different areas adjacent to Nicole’s home along Malaria, Caloocan, where she was hit while watching a fireworks display.

Meanwhile, Nicole’s father, Jay, called on his neighbors to provide any information on anyone that they may have seen firing his/her gun during the New Year celebration.