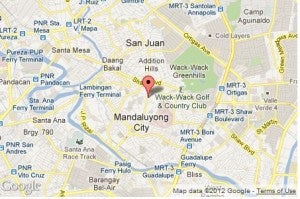 MANILA, Philippines–He was supposed to be back home before the clock struck midnight.

But he never made it back.

Past 9 p.m. of Dec. 31, four-year-old Ranjilo Nemer of Mandaluyong City succumbed to four gunshot wounds in the body and the head, making him among the first fatalities during what was supposed to be only a harmless celebration of the coming of the new year.

“He was only supposed to go to the bathroom, but now, he’s gone,” Gemma Bañadera, Nemer’s mother, told the Philippine Daily Inquirer tearfully.

According to Bañadera, Nemer had asked permission from his father, Ryan Nemer, to leave their house in Welfareville Compound, Barangay Addition Hills, around 9 p.m., only to relieve himself.

Banadera said her family did not use their own toilet inside the house, since this was also being used by another family.

Instead, she said they made use of the bathroom located in her cousin’s house nearby.

According to Ryan Nemer, while he gave the four-year-old his permission to leave, he told him not to take too long outside since the streets were already dangerous at that time of the day.

A few minutes later, Ryan Nemer said someone broke the bad news to him.

“Someone rushed to my house, screaming that Ranjilo had been hit. I went out and I saw him being rushed to the hospital,” he said.

Ryan Nemer said he didn’t think it was serious at first, and thought that his boy had only been injured in a firecracker blast.

When he saw the bloodied child in the hospital though, he knew that the situation was not going to get any better.

True enough, to his horror, doctors at the Mandaluyong City Medical Center pronounced the four-year-old boy dead after several minutes.

According to them, he succumbed to gunshot injuries in the body–one in the arm, two in the side of the body–and the left temple, Bañadera said.

Ramon Elbambuena, who was outside his house at the time the four-year-old was hit, said that before the shooting, he saw a man walking on the street with a “sumpak” in his hand.

He said that the child, at this juncture, was to the man’s left.

The man then tapped his gun, he said.

“Then I heard a boom, and I saw the child rolling on the pavement,” he said.

He said the man rushed toward the child, took him in his arms, then screamed, “I didn’t mean it!” four times.

The man, whom authorities later identified as Emmanuel Janabon, then ran toward his house.

“And I never saw him again,” Elbambuena said.

Chief Insp. Teddy Tomas, head of the city’s Station Investigation and Detective Management Division, said that a manhunt operation has been launched against Janabon.

He said homicide charges would be filed against him on Wednesday, the reopening of government offices after the holidays.

While reports included Nemer among the victims of indiscriminate firing during the holiday revelry, Senior Supt. Armando Bolalin, chief of police, clarified that it was also possible that the child was a victim of a weapon that had been fired accidentally.