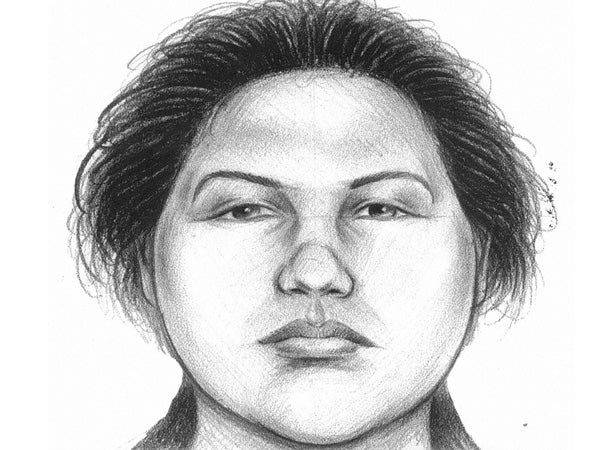 In this image provided by the New York City Police Department, a composite sketch showing the woman believed to have pushed a man to his death in front of a subway train on Thursday, Dec. 27, 2012 is shown. Police arrested Erika Menendez on Saturday, Dec. 29, 2012, after a passer-by on a street noticed she resembled the woman seen in a surveillance video. The attack was the second time this month that a man was pushed to his death in a city subway station. AP/New York City Police Department

NEW YORK — A 31-year-old woman has been charged with murder as a hate crime after shoving a New York man to his death in front of an oncoming subway train, authorities said Saturday.

Erika Menendez of the Bronx borough was motivated by hatred of Muslims and Hindus, according to the Queens District Attorney’s Office.

“I pushed a Muslim off the train tracks because I hate Hindus and Muslims. Ever since 2001 when they put down the twin towers, I’ve been beating them up,” she told police.

Menendez, who is awaiting arraignment in Queens Criminal Court, faces 25 years to life in prison if convicted.

The victim, 46-year-old Sunando Sen, was born in India and raised Hindu, a roommate told The New York Times.

The incident took place late Thursday at a station on the number 7 line in Queens.

Menendez — who was speaking to herself as she paced along the platform, according to witnesses — pushed the man as the train was pulling into the station. He apparently had his back to Menendez and did not see her.

“The defendant is accused of committing what is every subway commuter’s worst nightmare — being suddenly and senselessly pushed into the path of an oncoming train,” Queens District Attorney Richard Brown said in a statement.

“The victim was allegedly shoved from behind and had no chance to defend himself. Beyond that, the hateful remarks allegedly made by the defendant and which precipitated the defendant’s actions can never be tolerated by a civilized society.”

Sen’s death was eerily similar to that of a 58-year-old man killed on December 3 when he was pushed onto the tracks during a fight with a deranged man at a Manhattan subway station. The assailant has been charged with murder.

A New York Post front page picture of the man on the tracks a split second before he was killed by the oncoming train provoked public fury as to why no one helped him — and why the tabloid newspaper published the photo.

Several million people use the New York City subway system every day, but incidents of this kind are rare.

Before the December 3 death, the last time someone was pushed onto the rails and hit by a train was in 2010. The woman survived.