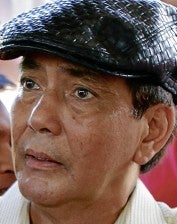 CEBU CITY—A record of spending by the city mayor is offering a glimpse of how taxes are being used by some government officials on items that have little to do with governance or delivering basic services, like roasted pig.

In this city alone, Mayor Michael Rama spent P5.8 million of his so-called discretionary funds on groceries, roasted pig, flowers and snacks, according to records from the city’s Registry of Allotment and Obligations.

The same records also showed that Rama made a total of 270 “extraordinary charges” to his discretionary funds from January to Nov. 30 this year.

One voucher for reimbursement showed that P21,070 was spent on groceries for “walk-in clients and other official purposes,” which were not specified.

A voucher processed on May 21 was for the reimbursement of P15,000 that was paid for a “membership fee.” Another voucher was processed on July 12 to reimburse P18,500 spent on roasted pig.

A voucher dated May 29 was also attached to a reimbursement for meals amounting to P130,000 that were served during the distribution of cash incentives to village officials.

Another voucher, dated June 7, showed a payment of P25,300 for a flower stand.

Mayor Rama said that the purchases of roasted pig are in order and itemized.

“Even the other mayors do the same,” he said.

Vice Mayor Joy Augustus Young said that the use of the mayor’s discretionary funds is “wide in latitude” but this should not be abused.