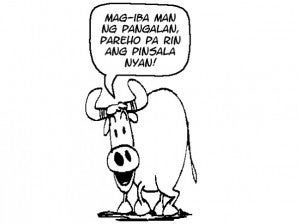 STA MARIA, Bulacan—Manufacturers have changed the names of banned firecrackers to circumvent the prohibition and a buyer’s market is frustrating government and police drives against the large and dangerous fireworks this holiday season.

And as in previous seasons, wealthy buyers from Metro Manila are behind the surge in sales of banned firecrackers.

“Trade is done in whispers and the buyers are looking for the really powerful firecrackers,” Naresma said.

“Sometimes the sellers themselves do the whispering, offering large and powerful firecrackers,” he added.

According to Ariel Naresma, a member of the Philippine Pyrotechnic Manufacturers and Dealers Association Inc. (PPMDAI) and who has a firecracker store in Parañaque City, the banned firecrackers of old, like the “Bin Laden,” “Goodbye Philippines,” “Goodbye Gloria” and “Trillanes” have been renamed and are now known as “Goodbye Bading” (also called “Crying Bading” because of the shrill sound it produces before exploding), “Ampatuan” and “Green Penoy.”

Even the tiny, multicolored piccolo, banned because it is swallowed by children who mistake it for candy, has been renamed to get around the prohibition. It is now called “Pacquiao,” after national boxing hero Manny Pacquiao.

“They just changed the names, but these are the same products introduced to the market a few years back,” Naresma said.

He said that the renamed fireworks come in gift-wrapped canisters or packed like oversized “triangulo,” the triangular firecracker of old now considered for the fainthearted only.

Naresma said well-heeled buyers from Metro Manila created the demand for the “new” but prohibited fireworks and trade was carried out through discreet transactions.

Local governments have banned these and the police are going after large firecrackers, often the cause of injuries days before the traditional New Year’s Eve revelry.

As of Friday, the Department of Health (DOH) said, 149 people, mostly from Metro Manila, have been injured while playing with firecrackers.

Of those injured, 120 suffered injuries not requiring amputation and five would welcome the new year with missing limbs. Twenty-seven suffered eye injuries.

Most of the cases were caused by large firecrackers. Eighty-six were caused by the piccolo, 13 by skyrockets, 11 by “five star” (a large triangular firecracker), and six by the smaller but no less dangerous triangulo.

The rest of the injuries were caused by small firecrackers carelessly used.

The DOH has launched a nationwide campaign against firecrackers, encouraging merrymakers to greet the new year dancing the “Gangnam Style” popularized by the Korean pop star Psy instead of playing with fireworks.

But the thrill of lighting a large and really powerful firecracker is just too much to resist for many so the business thrives despite the number of people injured and the risks involved in circumventing regulations.

Naresma said he made sure to get supplies only from licensed manufacturers in this town.

He said his store sold only fireworks approved by regulators and the police.

Legal fireworks have labels showing the origins of the devices, a feature absent from the banned products, Naresma said.

PPMDAI president Vimie Erese said she had warned manufacturers and dealers that the organization would not tolerate prohibited fireworks.

Some of the people who make banned firecrackers were trained in licensed factories, Erese said.

They eventually set up their own businesses, getting supplies from their old employers, an information that Erese said the PPMDAI wanted investigated by the authorities.

Erese said many customers falsely believe that large firecrackers are better because they produce louder noises.

But many of those firecrackers are duds, she said.

Erese urged the authorities to inspect even legal fireworks, as some manufacturers might have used their labels on firecrackers illegally brought into the country from China to pass them off as Philippine products.

At the firecracker center in Bocaue town, Bulacan province, police have set up a “pyro zone” in front of their station and displayed samples of illegal firecrackers for the public to see and avoid. The samples include “Bin Laden,” “Goodbye Philippines,” “Super Lolo,” “Pla-pla,” piccolo, pop-pop and “Coke in Can.” With a report from Jocelyn R. Uy in Manila