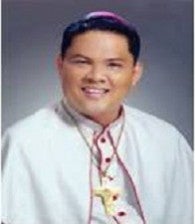 NAGA CITY—Bishop Gilbert Garcera of the Diocese of Daet, the capital of  Camarines Norte, believes overpopulation has been advantageous to the  Philippines and to the world because it has increased the number of  overseas workers and migrants who could send remittances back home while  taking care of ageing people abroad and spreading the Christian faith.

Contrary to the aims of the reproductive health (RH) bill, Garcera said the huge Philippine population could be part of “God’s plan for Filipinos to be caregivers to ageing nations whose populations had become stagnant.”

He also said many Filipino women would make “good wives” for foreigners in countries that have low population growth.

Garcera said many countries such as Germany and the United States had a stable but ageing population that would need people to take care of them, and that purpose could be served by Filipinos.

“Filipinos have a big mission to the world. Every Filipino child born is a blessing to the world. Let’s look at the increase in our population in a more comprehensive sense,” the 53-year-old prelate told the Inquirer in an interview at an orphanage in this city that he visited on Thursday.

In light of the Christian faith, Garcera said, the big number of Filipinos should not be seen as a problem but as an opportunity to help other people in the world.

“Filipinos have a duty to take care of them,” he said.

He said poverty even brought people “closer” to God and was instrumental in realizing God’s plan for Filipinos to take care of other nationalities by inducing migration and working abroad.

Economically, he said, the country also benefits from the “mission” because the migrants and overseas Filipino workers send back money from working as caregivers.

“When you help poor people they help themselves too. This is the reason we have so many pedicab drivers, for instance. Everyone, when given the chance, will strive to earn a living,” he said.

In fact, he said, poor people were more willing to help compared to the rich. Hence, a poor person was not a problem, he said.

“We should stop looking at poor people as a problem,” he added.

He said the diaspora of Filipinos was also a way to spread the Christian faith.

“There was this story of a babysitter in Dubai who started singing the Ama  Namin (Our Father) as a lullaby to the Arab baby she was caring for. The Islamic parents of the child found the song too good that they started learning it, without knowing that it was a Christian prayer,” he said.

He said there would come a time when nations that have decreasing populations would rely on the care of Filipinos.

He said the problem in the country was neither overpopulation nor poverty but corruption and the unequal distribution of wealth.

He admitted though that not all provisions of the RH bill were bad, but he also believed there were some proponents and supporters of the bill who “were against human nature and against what God wants.”