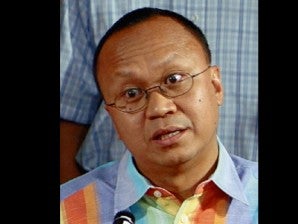 MANILA, Philippines — The Liberal Party on Thursday “vehemently denied” that it was going after “non-LP governors.”

In a text message to reporters, Eastern Samar Representative Ben Evardone, a member of the ruling party who said he had been tasked to speak on the issue, said the LP had nothing to do with Cebu Governor Gwendolyn Garcia’s suspension Wednesday for grave abuse of authority and the ongoing investigation on Pangasinan Governor Amado Espino Jr. who has been linked to the numbers racket.

“The LP has nothing to do with it. The investigation of Gov. Espino was based on the complaint filed by a mayor against him on jueteng. In the case of Governor Gwen, there was also a complaint against her which was only acted upon by the DILG (Department of the Interior and Local Government) and the Office of the Executive Secretary,” he said.

Evardone maintained that there was nothing political about the two cases and defended the Executive branch’s actions as being “based on valid complaints.”

The suspension order for Garcia, a member of the United Nationalist Alliance (UNA), was signed by Executive Secretary Paquito Ochoa Jr. last Monday and the DILG has sworn in Vice Governor Agnes Magpale to take over her duties.

Garcia however refused to acknowledge the suspension order which she saw as a “power grab” just months before her term ends. She is eyeing her brother Cebu Representative Pablo John Garcia to be her successor next year.

Bugallon, Pangasinan Mayor Rodrigo Orduna meanwhile lodged a plunder case against Espino at the Office of the Ombudsman, liking him to ‘jueteng’ operations allegedly going back to as far as 2007. Espino is a member of the Nationalist People’s Coalition (NPC) seeking reelection and will be running against the LP’s gubernatorial bet Alaminos Mayor Nani Braganza