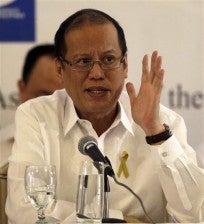 “Today we sign, finally, a law that will serve as an early Christmas gift for millions of Filipinos,” Aquino said in Filipino.

“We aim to make health benefits available for all, regardless of wealth, the life of Filipinos is sacred,” he said.

The Sin Tax Bill aims to raise additional revenues by increasing taxes in so called “sin products” such as alcohol and cigarettes.

A large part of the revenues that will be collected would go to the government’s health care program and for the construction and upgrade of local and major hospitals nationwide.

The bill is also expected to lessen the number of smokers and alcohol drinkers in the country because of the increase in prices.

Aquino reassured workers and farmers in the tobacco industry that they will not lose the benefits they have been receiving before.

“The benefits you received before will not disappear; it will actually increase, as the support from the government  grows stronger,” Aquino said.

“Many thought it was impossible to pass the Sin Tax Reform Bill: the enemy is strong, loud, organized, and has deep pockets,” he added. “But like what has been proven time and again: nothing is impossible to a Philippines that is rowing in one direction, has the heart in the right place, and ready to stand on principles,” Aquino said.

The newly signed bill will take effect January 1 of 2013.

“As long as [the Filipino people], our boss, is behind our backs, no obstacle cannot be overcome,” Aquino said.