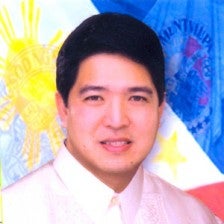 The Office of the Ombudsman has absolved incumbent Muntinlupa City Mayor Aldrin San Pedro from complaints for dishonesty and grave misconduct, which he allegedly committed prior to his reelection in 2010.

A seven-page decision signed by Ombudsman Conchita Carpio Morales dismissed the complaints filed by former City Councilor Rafael Arciaga against the mayor for being moot.

It said San Pedro’s reelection effectively wiped out his past administrative liabilities based on a 1959 ruling of the Supreme Court, which stated that an elected public official is deemed to have been “forgiven” for any administrative infraction committed prior to his present term of office.

San Pedro was accused of violating the Government Procurement Reform Act and the Local Government Code in connection with the purchase of 40,000 trolley schoolbags worth P22 million for distribution to the city’s public schoolchildren in 2008.

In his complaints, Arciaga said the purchase had no budget appropriation as this was not included in the city government’s Annual Procurement Plan (APP).

The Ombudsman said that San Pedro did not even need to disprove the allegations since existing jurisprudence provides that he is deemed to have been absolved of any wrongdoing relative to the 2008 transaction after he was reelected as mayor two years later. Cynthia D. Balana