Celebrations as US state legalizes marijuana 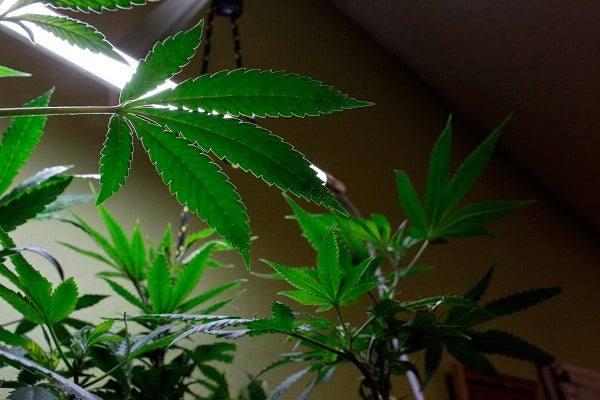 In this Nov. 19, 2012 photo, seedling marijuana plants are displayed for sale for those who posses a medical marijuana card, inside a dispensary in the small Rocky Mountain town of Nederland, Colo. Colorado and Washington, which on Nov. 6, 2012 legalized the recreational use of marijuana, have a history with marijuana law reform. More than a decade ago, they were among the first to approve its medical use. AP/Brennan Linsley

SEATTLE — Legal marijuana possession becomes a reality under Washington state law on Thursday, and some people planned to celebrate the new law by breaking it.

Voters in Washington and Colorado last month made those the first states to decriminalize and regulate the recreational use of marijuana. Washington’s law takes effect Thursday and allows adults to have up to an ounce of pot — but it bans public use of marijuana, which is punishable by a fine, just like drinking in public.

Nevertheless, some people planned to gather at 12 a.m. Thursday to smoke up in public beneath Seattle’s Space Needle. Others planned a midnight party outside the Seattle headquarters of Hempfest, the 21-year-old festival that attracts tens of thousands of pot fans every summer.

“This is a big day because all our lives we’ve been living under the iron curtain of prohibition,” said Hempfest director Vivian McPeak. “The whole world sees that prohibition just took a body blow.”

Seattle Police spokesman Sgt. Sean Whitcomb said he doesn’t expect officers to write many tickets to the celebrants. Thanks to a 2003 law, marijuana enforcement remains the department’s lowest priority. Even before Initiative 502 passed on Nov. 6, police rarely busted people at Hempfest, despite widespread pot use, and the city attorney here doesn’t prosecute people for having small amounts of marijuana.

Washington’s new law decriminalizes possession of up to an ounce for those over 21, but for now selling marijuana remains illegal. I-502 gives the state a year to come up with a system of state-licensed growers, processors and retail stores, with the marijuana taxed 25 percent at each stage. Analysts have estimated that a legal pot market could bring Washington hundreds of millions of dollars a year in new tax revenue for schools, health care and basic government functions.

But marijuana remains illegal under federal law. That means federal agents can still arrest people for it, and it’s banned from federal properties, including military bases and national parks.

The Justice Department has not said whether it will sue to try to block the regulatory schemes in Washington and Colorado from taking effect.

“The department’s responsibility to enforce the Controlled Substances Act remains unchanged,” said a statement issued Wednesday by the Seattle U.S. attorney’s office. “Neither states nor the executive branch can nullify a statute passed by Congress” — a non-issue, since the measures passed in Washington and Colorado don’t “nullify” federal law, which federal agents remain free to enforce.

The legal question is whether the establishment of a regulated marijuana market would “frustrate the purpose” of the federal pot prohibition, and many constitutional law scholars say it very likely would.

That leaves the political question of whether the administration wants to try to block the regulatory system, even though it would remain legal to possess up to an ounce of marijuana.

Colorado’s measure, as far as decriminalizing possession goes, is set to take effect by Jan. 5. That state’s regulatory scheme is due to be up and running by October 2013.