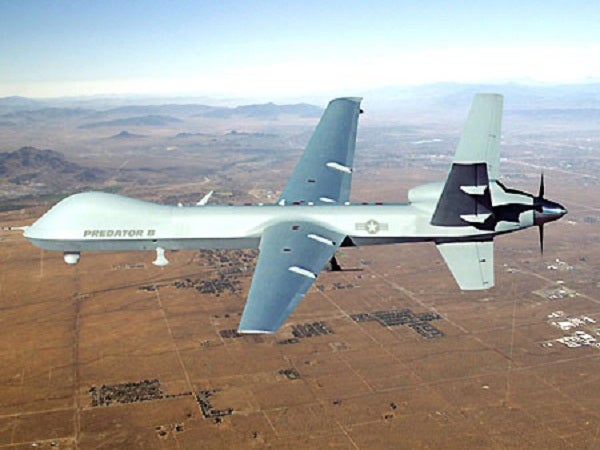 The strike hit Mubarak Shahi village in the North Waziristan tribal area, the main sanctuary for al-Qaida and Taliban militants in Pakistan, said the intelligence officials, speaking on condition of anonymity because they were not authorized to talk to the media.

The exact identities of the suspected militants were unclear. The area is dominated by prominent local militant commander Hafiz Gul Bahadur, who has focused his fight against Afghan and foreign troops across the border in Afghanistan.

The U.S. rarely discusses the covert CIA drone program in Pakistan in public. But American officials have said privately that the strikes have killed many senior al-Qaida and Taliban commanders.

On Wednesday, a pair of suicide bombers rammed their truck filled with explosives into the gate of an army camp in another part of Pakistan’s tribal region, killing three soldiers and wounding more than 20, intelligence officials said.

Many were wounded when the blast caused the roof of a military hospital at the camp to collapse, said the intelligence officials, speaking on condition of anonymity because they were not authorized to talk to the media. Some of the soldiers were critically wounded, and officials warned the death toll could rise.

The attack occurred in Wana, the main town in the South Waziristan tribal area, which was the most important sanctuary for the Pakistani Taliban until the army launched a major ground offensive in 2009.

The army says it has made great progress in flushing the militants out of the area, but attacks still occur periodically.