200 prisoners break out of Libya jail—officials 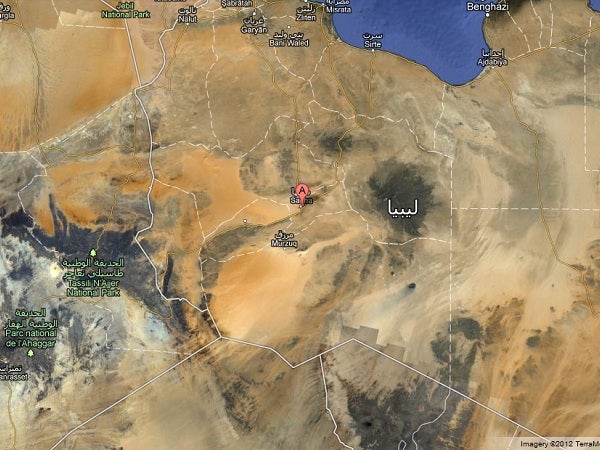 TRIPOLI—Almost 200 Libyan prisoners have escaped from a jail in the southern town of Sabha in unclear circumstances, officials said on Wednesday.

“One hundred and ninety-seven prisoners escaped the prison of Sabha yesterday (Tuesday),” a member of the security services told AFP on condition of anonymity.

“Judiciary police, who control the prison, facilitated the escape of the detainees, the majority of them common criminals,” said the source, a former rebel in Libya’s 2011 revolution.

Supporters of Moammar Gadhafi, the former dictator who was ousted and killed during last year’s armed uprising, were also among the detainees.

Suad Ganun, who represents Sabha in the national assembly, confirmed the escape of “250 prisoners,” blaming it on the failure of the authorities to address insecurity in the south.

“Members who represent southern cities have been boycotting the assembly’s plenary sessions since Tuesday in protest over deteriorating security in their region,” she added.

Ganun accused the authorities of ignoring the warnings of elected representatives, with Sabha’s jailbreak marking “the final straw”.

Sabha, a desert town about 800 kilometers south of Tripoli, had plunged into chaos due to rising crime, illegal immigration and drug trafficking, she said.

Libyan authorities have retaken control of several prisons previously in the hands of former rebels who fought to overthrow the Gadhafi regime.

But ex-rebels view the regular police force as incompetent, blaming it for the escape in October of 120 prisoners from a Tripoli jail that had recently come back under state control.

International watchdogs have regularly denounced human rights violations of leaders from the previous regime who are being held in prisons still under the control of former rebels.