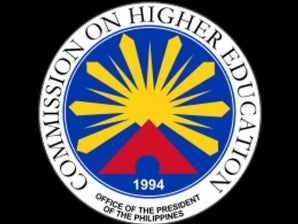 MANILA, Philippines — The Commission on Higher Education (CHEd) has decried the “enrollment by injunction” tactic of schools who have been ordered last year to close down certain course programs that did not meet government quality standards.

CHEd Legal Services Director Carmelita Yadao-Sison said these schools have been defying CHEd and accepting students for their banned programs by getting injunctions from the trial courts.

Sison said a trial court’s injunction order would defeat CHEd’s efforts to weed out college programs that have not been offering quality education while making money from students.

In October 2011, CHEd ordered the closure of all course programs of the International Academy of Management and Economics (IAME); two maritime courses of PMI Colleges in its Manila and Quezon City campuses; as well as five baccalaureate programs and a masters program of the Harvardian College in San Fernando City.

Sison said IAME still accepted foreign students and have managed to operate even after the Supreme Court and the Office of the President dismissed earlier this year the appeal made by IAME president Emmanuel Santos.

“They’re (IAME) still existing because they said they are now a ‘virtual’ university. It’s the foreign students who are on the losing end,” she said.

Sison said IAME has been battling CHEd’s closure order in the courts and recently haled her and other CHEd officials to the Ombudsman for alleged failure to file their annual statement of assets, liabities and and net worth in an apparent harassment case.

PMI, meanwhile, continues to offer their banned BS Marine Transportation and BS Marine Engineering (BSMarE) programs pending their appeal before the Court of Appeals, according to Sison.

“Ideally the courts should support us in the reforms. What signal are they sending (with their orders)?,” Sison said.

As the agency that oversees higher education, CHEd has reported closing about 700 programs since 2011 for failing to meet their quality standards.

Sison said most of the affected schools have voluntarily closed down their questionable programs by not accepting new students.

Some schools were allowed to let their current students graduate if the students can not transfer to other CHEd-recognized programs.

“We only seek to protect our students and workers. Because if we lose the world job markets, we’re doomed,” Sison said.

Read Next
US, EU to help launch alliance against pedophilia
EDITORS' PICK
Smart brings KCON:TACT especially 4U to subscribers from June 19 to 27
EDITORIAL: OFWs save the day
Incoming 40 million doses of Pfizer COVID-19 vaccine key to herd immunity – Galvez
PAL to ax some long-haul flights to slow bleeding
Gilas out to prove Korea win not a fluke; Tab fires back at ‘lucky shot’ remark
Smart celebrates all kinds of ‘#SimplyLove’ for Pride Month
MOST READ
1Sambayan should be more inclusive
An open letter to Senator Bato
Handcuffed for 123 days, Ukraine couple splits
Gilas Pilipinas beats Korea anew, sweeps Fiba Asia Cup qualifiers
Don't miss out on the latest news and information.