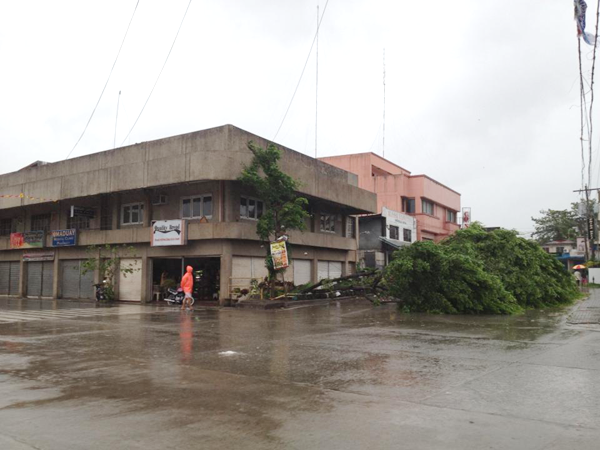 Vivencio Anislag, municipal planning and development coordinator, said several houses in Tarragona are now with damaged roofs after Pablo struck at around 3 a.m.

“Ganito pala ang bagyo?”Anislag said, stressing that it was the first time residents experienced a typhoon.

“We are now conducting clearing operations,” he said.

Initial reports revealed that at least four seaside huts were destroyed by the typhoon. There were no reported casualties.

A total of 321 people have been evacuated to safer grounds as early as Monday.

Read Next
Classes suspended in ARMM, Cotabato due to ‘Pablo’
EDITORS' PICK
Geek out at TOYCON 2022 powered by Smart Signature
UK’s Boris Johnson will resign, BBC reports
High inflation: Your P1 is now worth only 87 centavos
High-risk pregnancy: Reducing your risk is in your hands
Unemployment rate up to 6% in May
House energy committee chair Arroyo bats for cheap electricity
MOST READ
Suspect in grisly killing of missing woman in Bulacan arrested
Kim Atienza’s daughter flaunts bikini body in response to critics of her ‘revealing photos’
Number of active COVID-19 cases in PH breaches 11,000
Ex-Defense chief Lorenzana is the new BCDA chair
Don't miss out on the latest news and information.