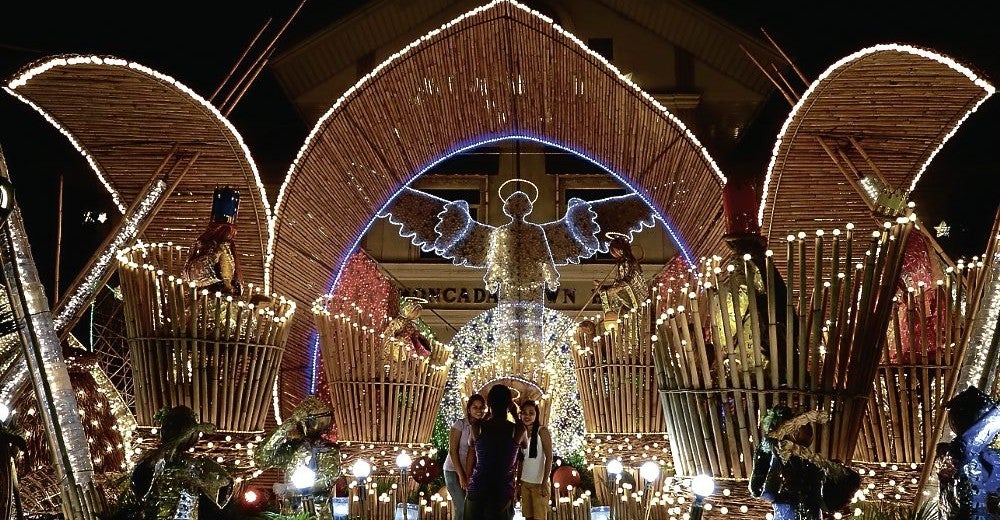 BEST ‘BELEN’ Moncada town’s “belen” again won in the grand municipal category in the sixth Belenisimo in Tarlac at the Tarlac College of Agriculture Gymnasium in Camiling town. President Aquino, who was awards guest, described the Nativity diorama as a symbol of a united family, human compassion and faith in God. EV ESPIRITU / INQUIRER NORTHERN LUZON

CAMILING, Tarlac—President Aquino greeted the first day of the Christmas season by extolling the values that the “belen” (crèche) symbolized as he graced the awards night of the 6th Belenismo sa Tarlac on Saturday.

The President  said  his administration aspired to be the “ray of hope” for Filipinos in the same way that the belen inspired people to be good and to do what was right.

No matter in what shape or color the belen comes and regardless of the influence of modern technology, it remains the symbol of “family unity, compassion and strong faith in Jesus Christ,” he said.

Jesus Christ, he said, exemplified the simple life, genuine kindheartedness and hope. “He exemplified simple living and extreme humility, and served as an example of providing genuine service to give his fellowmen hope.”

He cited a host of development initiatives that the government was doing to provide what he described as the only “aguinaldo” (gift) he could give Filipinos.

This gift, he said, was “patas, masagana at maunlad na bukas para sa Pilipino (fair, bountiful and prosperous life for the Filipino).”

Mr. Aquino said time was running too fast for him to be able to do all that was needed to be done, but he added that this was compensated by dedication to public service and by remaining steadfast in doing what was right.

“We fight for what is right every day. Let us not abandon each other. We should not be led into temptation. Let us not stray from the straight path to change,” he said.

In his speech, Mr. Aquino also shared personal insights during the martial law years. He said he would often ask during Christmas then, “Kailan kaya magkakaroong liwanag (When will we see the light)?”

His father, the late former Sen. Benigno Aquino Jr., was jailed during martial law and the Aquino family spent many of their Christmases in prison to be with him.

The President said that when the Aquino family was already in the United States, where his father sought medical treatment for a heart ailment, the question that reverberated in his mind was, “Bakit hindi kami makauwi sa aming bayan (Why can’t we return to our country)?”

He asked Filipinos to remember all families who for one reason or another cannot be together this Christmas, and hope that they will be reunited soon in their homeland.

For the second year in a row, Mr. Aquino honored his province mates by handing out prizes to the winners in the Belenismo, an annual Belen-making contest.

The President acknowledged that his province had become the belen capital of the country, owing to the creativity and cooperation of Tarlaqueños as they create belen from materials that would otherwise be thrown away.

This ingenuity, he said, was a trademark of Filipinos. “The Filipino skill and brand are unique. We put our talent and industry into whatever we have so we could reap progress,” he said.

During the awarding, Mr. Aquino was treated to a night of revival music by members of the New Minstrels and the Circus Band, led by Jacqui Magno and Eugene Villaluz.

He said  he was in first year high school when the two bands were at the peak of their popularity and that he would save money from his school allowance to watch their shows.

They were, he said, the rival bands in their time but their talent showed even more with their combined performance for the Belenismo awards night.

Mr. Aquino said this was what could be accomplished if people worked together.

Read Next
Senate sets own Pagcor probe
EDITORS' PICK
97% of COVID-19 beds at PGH currently occupied
Gear up and get ready to play with Yamaha Mio Gear
Acer starts the year off strong with the Aspire Vero National Geographic Edition
Japan brings back virus restrictions over Omicron surge
Over 3 Million worth of prizes to be won at Smart Padala’s SENDali Manalo Promo!
Uproar over no vax, no ride policy: Maybe it’s time for gov’t to say sorry—Bello
MOST READ
1Sambayan names 7 aspirants in its 2022 Senate lineup
Emma Stone calls Andrew Garfield a ‘jerk’ after he ‘lied’ about his ‘Spider-Man: No Way Home’ appearance
Guevarra to Acosta: Obey rules on unvaccinated
Commuters affected by ‘no vax, no ride’ policy may file class suit —Lacson
Don't miss out on the latest news and information.