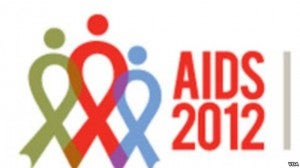 MANILA –In observance of World AIDS Day (December 1), the Joint United Nations Program on HIV/AIDS (UNAIDS) has released the 2012 global AIDS epidemic report, which showed that globally, there have been significant improvements with regard to reducing the number of new HIV infections and AIDS-related deaths.

The United Nations in the Philippines notes these trends with increasing concern, as the timeline for the attainment of the Millennium Development Goals in 2015 draws near. The United Nations Country Team in the Philippines recognizes that MDG 6, specifically to halt and reverse the spread of HIV by 2015– is among the MDGs least likely to be attained and current business models will not get the country to meet 2015 targets.

The inter-relatedness of the MDGs had earlier been underscored by United Nations Secretary General Ban Ki-Moon who emphasized  in his report to the UN General Assembly in 2010 that the attainment of MDG 6 would contribute to the attainment of the other MDGs, and vice versa.

UNICEF in the Philippines is also concerned that a third of new HIV infections are reported among young people aged 15-24 years, mostly from key populations, namely males who have sex with other males, people who inject drugs and people engaged in sex work. Young people and adolescents access HIV testing facilities much less than their older counterparts. Key populations may get pregnant or may have female partners who get pregnant, with the risk of transmitting HIV to the baby.

In the Philippines, less than 10 percent of pregnant women with HIV infection are receiving the treatment they need, which would also prevent HIV transmission to the baby, as compared to the global average of 54 percent for adults overall.

“By definition, an AIDS-free generation depends on protecting the youngest and most vulnerable from HIV infection”, UNICEF Executive Director Anthony Lake said. Much more needs to be done to halt and reverse the further spread of HIV, specifically among key populations who have been least reached, such as those that are young or pregnant.

“In observance of World AIDS Day on December 1, 2012 the United Nations in the Philippines reaffirms its support to work with government, civil society and other development partners as the Philippines seeks to develop new approaches and innovative models that will break the cycle of HIV transmission, and pave the way for a new AIDS-free generation towards ‘Getting to Zero’ in 2015,” UNAIDS Philippines Country Coordinator Teresita Marie Bagasao said.