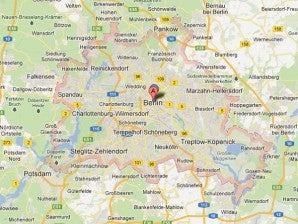 Max Lehmer, a lawmaker with Chancellor Angela Merkel’s governing coalition, said Wednesday after a meeting of Parliament’s agriculture committee that the ban would make sex with animals punishable with a fine. A vote is expected in December.

Politicians took up the issue after it became clear a law banning cruelty to animals was not specific enough to prohibit the practice explicitly.

Berlin tabloid BZ started the debate in October, featuring a front-page photo of a man holding his dog with the headline “we call it sodomy, he calls it love.”

Top-selling Bild, from the same publisher, then took up the cause.

Read Next
Angara disputes Osmeña’s claim Apeco project a waste of gov’t money
EDITORS' PICK
Gear up and get ready to play with Yamaha Mio Gear
Over 3 Million worth of prizes to be won at Smart Padala’s SENDali Manalo Promo!
Octogenarian jailed for ‘stealing mangoes’ freed after people chip in for bail
Gov’t eyeing COVID-19 tests in pharmacies
Acer starts the year off strong with the Aspire Vero National Geographic Edition
Being a celebrity isn’t wholly an ‘advantage’ in the election, says Sotto
MOST READ
Imelda Marcos trends on Twitter after octogenarian jailed for allegedly stealing mangoes
Help pours in for octogenarian jailed for ‘stealing’ mangoes in Pangasinan
Natural immunity more potent than vaccines during US Delta wave—study
SSS: Members on home quarantine due to COVID-19 can apply for sickness benefit
Don't miss out on the latest news and information.