Why PH did not become a UK colony 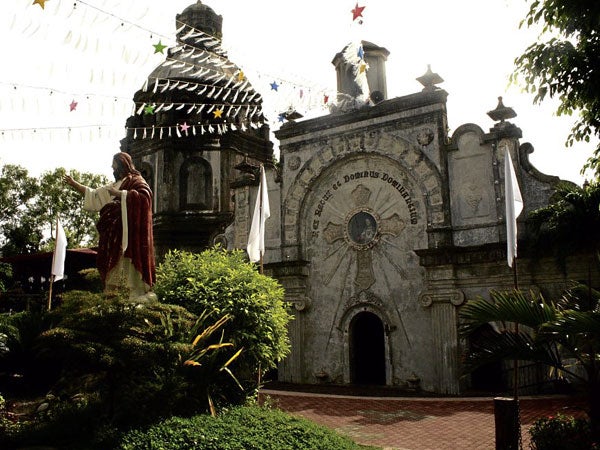 MT. PINATUBO’S lahar claimed half of the San Guillermo Church in Bacolor, but it continues to inspire the growth of the Catholic faith in the town. E.I. REYMOND T. OREJAS

BACOLOR, Pampanga—The Philippines did not become a British colony and credit is due, in part, to the loyalty of the Kapampangan, particularly of Bacolor town, to Spain and their bravery in battles.

The not-so-little known roles Bacolor played in the course of the country’s history are remembered every Oct. 8, when the town served as the capital of the Spanish colony 250 years ago.

Bacolor was thrust into the maelstrom because of Britain’s Seven Years’ War in Europe, according to Robby Tantingco, executive director of the Center for Kapampangan Studies.

“The British invaded Spanish colonies, including Manila in October 1762. The colony’s lieutenant governor, Simon de Anda y Salazar, transferred the seat of government to Bacolor, a town far enough from Manila to make it out of reach for British attack but not that far for Anda to stage a counterattack,” Tantingco said.

Anda chose Bacolor as base of the resistance movement because aside from geography, it was “home to the King of Spain’s most loyal and brave subjects,” Tantingco said.

He said historical records show King Charles II (1661-1700) lauding the Kapampangan for their “great fidelity in my service.”

Fray Gaspar de San Agustin, in a 1751 document, wrote that the Kapampangan were the “Castilians of these islands.” “One Spaniard and three Pampangans are equal to four Spaniards,” the Augustinian friar said.

Felipe del Pan, a 19th century Spanish journalist, observed that the Kapampangan were “the loyal companions of our disgraces and our glories.”

The General Evening Post in London, in an April 1763 article, reported that “a thousand Malays (Pampangos) … armed only with bows, arrows and lances, advanced up to the very muzzles of the English pieces” when the British attacked Intramuros amid a typhoon on Oct. 5, 1762.

THIS MARKER in Bacolor, Pampanga, honors Spanish Lieutenant Governor Simon de Anda, who transferred the seat of government from Manila to Bacolor in 1762. TONETTE OREJAS

“(The Pampangos) repeated their assaults and died like wild beasts, gnawing the bayonets. Had their skill and weapons been equal to their strength and ferocity, it would have cost the English dear,” the Post said.

“Many Kapampangan in the region, those from Bulacan, Zambales, other provinces helped Spain defend the colony. That’s why we are not British,” said Tantingco.

Some 10,000 troops from Anda encircled Manila and Cavite. When the Seven Years’ War was over in 1763, Spain claimed victory in the Philippines.

“Royal fiscal Francisco Leandro Viana, who was in Manila during the 20-month British Occupation, told King Charles III in 1765: ‘The English conquest of the Philippines was just an imagined one, as the English never owned any land beyond the range of the cannons in Manila,’” Tantingco said.

Local officials unveiled on Oct. 8 a 15-foot tall obelisk in memory of Anda. The obelisk stands in front of the town hall, which is across the former site of the Casa Real, the seat of the

The obelisk is a replica of an Anda monument on Bonifacio Drive in Manila. But the one in Manila, built in 1876, was supposedly inspired by an obelisk built in Bacolor in 1853, said historian Francis Musni, citing a report by the El Oriente, a Spanish magazine.

Musni said the Anda memorial in Bacolor was destroyed when Spanish forces burned the town in 1899 to flush out Filipino revolutionaries.

The town council passed a resolution renaming the town Villa de Bacolor, an honorific title the King of Spain gave to Bacolor in gratitude for its role in the British Occupation.

Read Next
The pride of Bacolor
EDITORS' PICK
Experience clearer calls nationwide with Smart VoLTE
UP law prof Ryan Oliva missing; family cries for help
After weeks of delay, formal transition of power to Biden begins
Public warned against use of fake CopperMask
‘I believe I can win’: Hidilyn Diaz all eyes on Olympic gold
Working from home can be smooth and manageable if you master these tips
MOST READ
UP law prof Ryan Oliva missing; family cries for help
Viral dog caught lying inside Taguig mall joins establishment’s security team
Zia Dantes ‘kilig’ after receiving birthday greetings from idol Sarah G, YouTube stars
LPA may affect Mindanao by weekend; rain looms over eastern PH due to frontal system
Don't miss out on the latest news and information.