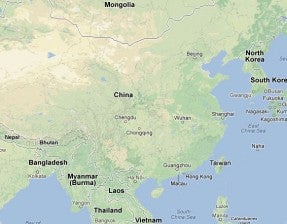 Xinhua said the J-15 is able to carry anti-ship, air-to-air and air-to-ground missiles and precision-guided bombs.

China’s Liaoning ship formally entered into service in September, underscoring China’s ambitions to be a leading Asian naval power. But it is not expected to carry a full complement of planes or be ready for combat for some time.