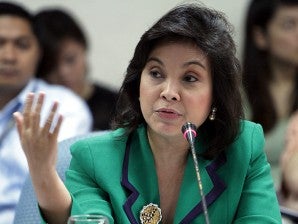 The contractor, Glenn Defense Marine Philippines Inc., was also found to have no clearance from the Philippine government to dispose of ship waste in the sea and no equipment to determine whether the waste it was handling was harmful to marine life.

In a joint hearing of  the Senate committees on foreign relations and environment and natural resources, Sen. Loren Legarda  said Glenn Defense clearly broke Philippine laws on proper waste disposal regardless of claims by the company’s CEO, retired Vice Adm. Mateo Mayuga,  that a Philippine Daily Inquirer report on the dumping of toxic waste into Subic Bay was “inaccurate or false.”

Mayuga told a news conference in Manila recently that waste removed by Glenn Defense from US Navy ships docked at Subic was pretreated and disposed of in waters outside Philippine territory.

But the US Navy, which is investigating Glenn Defense, denied Mayuga’s statement, saying it had no waste treatment equipment aboard its ships.

That meant the wastewater Glenn Defense’s tanker MT Glenn Guardian removed from a US Navy vessel and dumped into waters 37 kilometers off Subic on Oct. 15 was hazardous.

Both SBMA Chairman Roberto Garcia and Rear Adm. Luis Tuazon Jr., Coast Guard officer in charge, confirmed during the hearing that the waste was not pretreated, and the Coast Guard did not grant Glenn Defense a discharge permit.

Mayuga earlier insisted that Glenn Defense obtained an exit permit from the SBMA Seaport Department, which he claimed was enough to cover its operations, but Tuazon claimed that a priori clearance from the Coast Guard was mandatory under  Coast Guard Memorandum Circular No. 01-2006, or the Rules Prohibiting the Dumping and Discharging of Wastes and Other Harmful Materials.

Mayuga said Glenn Defense did not seek clearance from the Coast Guard since the waste was to be dumped outside Philippine territory.

But Tuazon said the area where Glenn Defense dumped the waste was part of the country’s  exclusive economic zone (EEZ).

The EEZ extends 370 kilometers (200 nautical miles) from the coast. Beyond that is international water.

Bagalayos said the  sample tested by Subic Water showed that the effluents had high levels of toxicity.

“Fishes and other water organisms will die due to the highly toxic wastes  thrown in our seas,” Bagalayos said.

“It is clear that the wastes were not pretreated, that there have been difficulties, there have been violations in so far as the toxic level of the wastes is concerned,” Legarda, chair of the committee on foreign relations, said.

“It is clear there is  no permit secured from the Philippine Coast Guard.  It is clear that there should be greater coordination,” she said.

Sen. Panfilo Lacson said that Glenn Defense should have conducted its own laboratory tests on its ship before dumping  any waste into the sea.

“That’s your responsibility and  probably your accountability. How would you know if the materials you are dumping are hazardous wastes?” Lacson told Mayuga.

Legarda castigated Mayuga for assuming that the waste dumped by Glenn Defense was pretreated by the US Navy and declaring it harmless in the media without making his own verification.

“Most US Navy vessels, including some commercial vessels, have separation devices for wastewater. And if it doesn’t go through the process then it’s considered untreated. But if it goes through that process it becomes treated,” Mayuga insisted.

But Legarda said Mayuga merely assumed that what the US Navy had given to Glenn Defense was pretreated waste and that he had no “firsthand knowledge” of the toxicity of the waste.

Legarda urged lawyers for  Glenn Defense to advise the company to acknowledge its fault before it gets into deeper trouble.

“I’m sure there’s a conflict deep within your heart. I’m sure [that] as a Filipino, you want to say yes to me because I am an environmentalist, but your lawyers will say do not admit it because the company will pay. I know where you’re coming from, I can see it in your eyes that you agree with me,” Legarda told Mayuga.

She said it was up to the SBMA to determine whether Glenn Defense should undertake a cleanup and pay for damage caused by its operations.

“Somebody should be answerable for this,” she said.

Legarda said the hearing showed that the Visiting Forces Agreement (VFA) was merely used as an excuse by Glenn Defense to  escape liability.

“This issue on the dumping of wastewater has nothing to do with the VFA,” Legarda said.

Lawyers for Glenn Defense invoked the VFA in fending off an SBMA investigation into waste dumping, but the Department of Foreign Affairs  said the agreement covered only visiting US armed forces, not civilian contractors.

Sen. Miriam Defensor-Santiago and Rep. Walden Bello have introduced resolutions for the termination of the VFA as a result of the pollution of Subic Bay.

In a statement she issued later yesterday, Legarda said her committee would submit a report on the investigation by the end of November.

The report “will try to pinpoint accountabilities and, if warranted, recommend penalties against those who may have violated Philippine laws and regulations,” Legarda said.

“I have asked the various agencies to complete their investigation and to submit to the committee [their] findings and recommendations,” she said.

“I . . . expect these agencies to enforce the law without fear or favor,” she said.