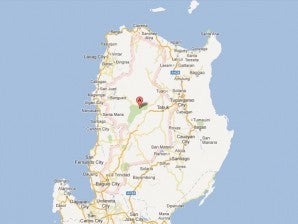 MANILA, Philippines—Authorities said they arrested Tuesday the alleged number 1 most wanted person in the Cordillera Region.

Jonete “Jojo” Jacinto, 4, is allegedly behind an ambush try against a local official in Abra in 2010, among other homicide cases, a Criminal Investigation and Detection Group official said Wednesday.

Pagdilao said the arrest of Jacinto is part of the CIDG’s aggressive campaign to run after suspected members of partisan armed group involved in election-related violence to ensure the conduct of Secure and Fair Elections in 2013 by preventing PAGs from being utilized for political harassments and violence.

Jacinto, he said, has been involved in numerous homicide cases in Abra, including the failed ambush against Bangued Mayor Ryan Luna who was then running for office in 2010.

Aside from Jacinto, CIDG is also hot on the trail of five other suspects – brothers Pepe, Francisco and Paul Bodonia; Bobot Gonzales, and Harold Quemerista.