No warrant of arrest, yet, for Aman pyramid scam execs, says NBI 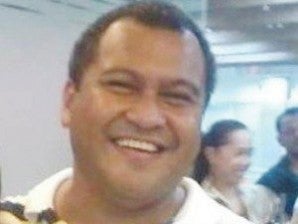 ZAMBOANGA CITY, Philippines — After filing their complaints before the offices of the National Bureau of Investigation and Philippine National Police, the more than 8,000 investors of Aman Futures Group Philippines Inc., still have to wait longer for the filing of charges against operators of the easy-money scheme.

Norman Decampong, NBI District Head in Pagadian City, admitted that no case has been filed against Aman officials, “so there’s no warrant of arrest yet.”

Senior Supt. Edgar Danao, regional director of the Criminal Investigation and Detection Group, also said they have secured “23 supporting affidavits” for the filing of the case against Aman officials.

“[But] the Department of Justice will file the case and we have submitted all the affidavits to the DOJ,” Danao said.

Decampong added that no case has been filed against police officers who were allegedly involved in the Aman scheme.

“What we know is that they were relieved, but most of them were instructed to [stay inside] camp and it has no relation to Aman Ponzi scheme involvement,” he said.

He cited the case of Senior Insp. Oscar Buenaobra, who was among those relieved. He said Buenaobra’s relief was “not related to Aman.”

“He told me that I was behind allegations hurled against him. Sabi nya makikita ko raw ang hinahanap ko [He told me, ‘You’re gonna get it’],” Mondarte said.

Decampong said Mondarte filed a formal complaint against Buenaobra before his office on Monday night.

On November 14, Mondarte claimed that Buenaobra acted as protector of the Aman officers, particularly Fernando Luna and his wife, Nimfa.

Mondarte said a witness named Bugang alleged that Buenaobra facilitated the escape of the Lunas on September 26 to Dakak, a beach resort in Dapitan City.

Dakak is owned by former congressional representative and rape convict Romeo Jalosjos, who is fielding family members in the 2013 elections.

Jalosjos’ brother and incumbent Dapitan City mayor, Dominador, will be challenging Zamboanga del Sur Governor Antonio Cerilles’ reelection bid next year. Mondarte, on the other hand, is a known ally of Cerilles.

Estilles refused to comment on the ongoing investigation of Buenaobra, but admitted that they received reports that some policemen indeed went to Dakak.

Meanwhile, Decampong said the entrapment operation conducted against another easy-money scheme, Visioner 20-20, in Pagadian on Monday, was done because the firm was operating without a business permit.

Ten Visioner staff members, including its manager Glenda Andagan, were arrested in the NBI operation.

“More than 30 investors went to our office, but they are not filing case yet against the Visioner,” he said.