Grace Poe to Comelec: No repeat of ‘04 please 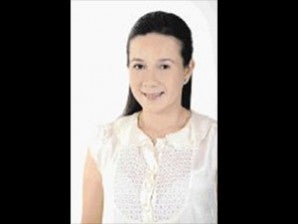 Poe’s daughter, who is running for a senate seat in next year’s election, appealed to Comelec Chairman Sixto Brillantes Jr. to eliminate fraud, which she said remained a threat to the integrity of the forthcoming poll.

“Let there not be another case like my father’s,” appealed Llamanzares, an independent senatorial candidate adopted by the Liberal Party, the United Nationalist Alliance and the Makabayan party.

Her father lost to then president Gloria Macapagal-Arroyo, who is now detained on charges of electoral sabotage. She has denied the accusation. The elder Poe died in December 2004, a few months after his controversial defeat.

Llamanzares, former chairman of the Movie and Television Review and Classification Board (MTRCB), warned that powerful, well-funded interest groups continue to test the structures erected by the Comelec to guard the sanctity of the ballot—even though the election body has automated the process.

Even if modern technology makes cheating difficult, the “human factor”—defined by the people that run the voting machines—could be subject to persuasions of money and intimidation, said Llamanzares. “This is where our present system is vulnerable,” she added.

She stressed that extra vigilance was needed to ensure that she and all the other political aspirants would not fall prey to fraudulent schemes that victimized her late father in his presidential bid seven years ago.

Llamanzares shared how her family suffered through her father’s harrowing experience, convinced as he was that he lost the election due to cheating. “It is our fervent hope that the forthcoming election would be a clean one,” she stressed. “There shouldn’t be a recurrence of what happened in 2004.”