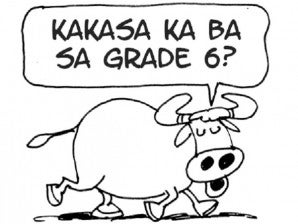 BEIJING—Chinese officials accustomed to the tame questions of a compliant state press were caught out by a plucky 11-year-old student reporter during the country’s sensitive Communist Party congress.

Sun Luyuan, a Beijing sixth-grade student, on Friday shook up one of the tightly controlled party meetings on the congress’ sidelines with a question that put officials on the spot over China’s miserable food-safety record.

Noting that a steady stream of scandals and health scares involving tainted or unsafe food products had particularly affected students, leaving many sickened in various incidents, Sun asked why China can’t clean up its act.

“I love snacks, but I don’t dare to eat snacks now because we see so many reports these days of problems with food products,” she told high-level officials during a congress delegate meeting, according to state-run China News Service.

During the meeting at Beijing’s cavernous Great Hall of the People, Sun, who works for the Chinese Teenager News, continued by asking, “why are these kinds of food products available for purchase?”

“As many primary and middle-school students eat our lunches at school, what can you do to put us at ease over food safety?” she asked.

The Communist Party is presenting a tightly scripted image of national unity for the weeklong congress that opened on Thursday.

Held every five years, the congress will end next Wednesday with the unveiling of a new top leadership lineup widely expected to be headed by Vice President Xi Jinping, who will lead for the next 10 years.

Yuan offered a stock official response pledging the government was addressing the situation and putting proper safety measures in place, a line repeated for years even as the scandals have persisted.

Increasingly anxious Chinese consumers are regularly hit with food scares ranging from cancer-causing toxins found in cooking oil to food items that are expired or contain dangerous chemicals, unconventional use of pesticides and additives as food preservatives and the use of unhygienic starting materials as food ingredients.

One of the biggest food-safety scandals to have rocked China happened in 2008 when the industrial chemical melamine was found to have been illegally added to dairy products to give the appearance of higher protein content.

At least six babies died and another 300,000 became ill after drinking the tainted products.

The scandal, which was hushed up for several months to avoid embarrassment during the Olympic Games, caused outrage in China and smashed public confidence in the government and its ability to regulate the food industry.