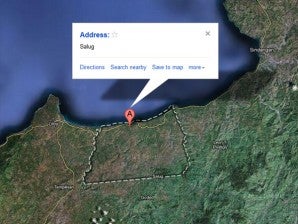 “It was like a door-to-door delivery service for a fee of P1.3 Million,” the elder Lim told the Philippine Daily Inquirer by phone.

The victim was picked up from his abductors by an emissary sent by former mayor Hadjarun Jamiri of Tuburan town in Basilan on Monday night.

The younger Lim was then delivered to his house at around 3 a.m. Tuesday.

On April 2, Lim had just finished having dinner in a store near the town’s bus terminal when kidnapped by armed men. His father said the mayor would move around town without security escorts.