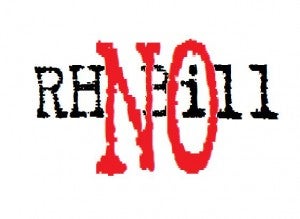 MANILA, Philippines – The purportedly “watered-down” version of the reproductive health bill now being pushed by the principal author, Representative Edcel Lagman, has failed to win over a group of congressmen opposed to the legislative measure.

Representative Rufus Rodriguez said he and at least 14 other House members reviewed the proposed substitute to House Bill No. 4244. In the end, he said, they came to the conclusion that the proposal “does not solve the main substance of our complaint, which is constitutional [in nature].”

“Some of us already met during the break and we are unanimously against this bill,” he told the Philippine Daily Inquirer by phone. “We fear that these are palliative measures to put some perfume to the bill.”

Despite numerous amendments, the proposed substitute still goes against the constitutional provision that “protects the unborn child from the time of conception,” said the congressman.

Rodriguez said the new version still ran counter to “freedom of religion, the primary duty of the family to rear their children, and the state duty to uphold the protection of parents to found their family in accordance with their religious conviction.”

“That’s why we will continue to oppose the bill,” said the lawmaker, who also cited “procedural issues” that need to be tackled before the proposed substitute could be discussed in plenary.

At this rate, he admitted that there might not be enough time to pass the RH bill during the present Congress. He cited also the absence of many proponents of the bill during plenary deliberations.

“There’s no more time,” he said. “It’s hard to get a quorum already. So if they want to have the bill approved, the pro-RH [congressmen] should have the warm bodies [on the floor].”

Rodriguez argued that the RH bill, which provides for the government’s purchase and distribution of contraceptives to the “poorest of the poor,” was no longer needed. He noted that in the proposed 2013 national budget, P537 million was allocated to the Department of Health for this purpose.

He said the government should instead focus on improving facilities in health centers and public hospitals, instead of creating what he called a “culture of contraception.” He feared that the proposed law would turn such facilities into “centers for contraception.”

“They are supposed to be for the delivery of healthy babies,” he said.

Beneficiaries would supposedly come mainly from “marginalized households,” which would be determined through the National Household Targeting System for Poverty Reduction.