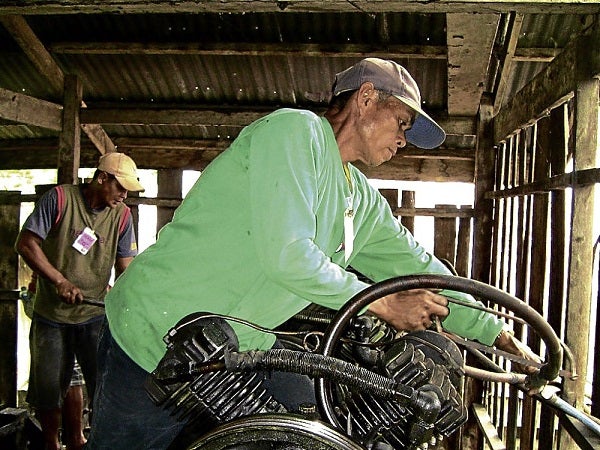 DAVAO CITY—A multinational mining firm is limiting the entry of civilians into an area covered by its license to mine in a town in Zamboanga del Sur after receiving intelligence reports about caches of firearms and explosives being smuggled in by illegal miners.

In a statement, TVI Resource Development (Phils) Inc. (TVIRD), said the intelligence reports prompted the firm to seal off an area in Bayog, Zamboanga del Sur, that is covered by a mineral production sharing agreement (MPSA) that the firm received from the government.

“The entry restriction to Balabag is a precautionary measure that the company is taking to protect the safety of the community,” the statement quoted Yulo Perez, TVIRD vice president for operations, as saying.

Police also seized over 400 kg of cyanide and gallons of nitric acid, which are being used in illegal mining operations.

A group of small-scale miners calling itself Monte Oro Small Scale Miners Association (Mossma) has started digging tunnels and extracting gold ore in the area, prompting a cease and desist order from the Mines and Geosciences Bureau.

He said overlapping mining claims are to blame for cases of violence in the area. Manda himself was attacked by men identified with illegal mining, leading to the death of his 12-year-old son.

During the raid that yielded almost half-a-ton of cyanide, 10 men were also arrested who turned out to be working as security guards for the group Mossma. With a report from Julie Alipala, Inquirer Mindanao