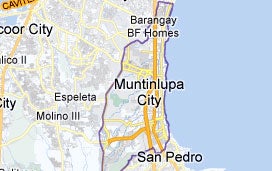 MANILA, Philippines—Muntinlupa’s seventh most wanted person fell into the hands of the police after making the mistake of coming home for the “Undas” or the observance of All Saints’ Day.

On Tuesday, Roland Sagum, 22, a former pedicab driver who went into hiding in the wake of a 2009 murder case, was finally served an arrest warrant issued in August last year by Judge Amelia A. Fabros of the Muntinlupa Regional Trial Court’s  Branch 205.

In 2009, Sagum was accused of killing the new flame of his ex-girlfriend, who had left him because he was beating her up, acting Muntinlupa chief of police Senior Supt. Conrad Capa said, citing what investigators immediately remembered of the case.

The suspect was caught on Tuesday afternoon after someone tipped off the city police that Sagum was spotted visiting his parent’s house in Bagong Sibol, Barangay Putatan, Muntinlupa.

“After three years, he probably thought the situation had already cooled off, so he returned home for ‘Undas,'” Capa said, adding investigators had yet to determine where Sagum had been hiding.

Sagum is now under the custody of the police, as they await a court order for him to be transferred to a jail run by Bureau of Jail Management and Penology.