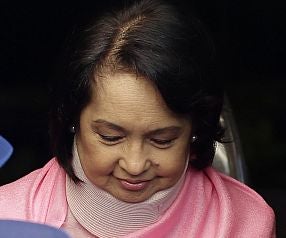 In a briefing, Lacierda claimed that a UN report published this year “contained dated information that does not reflect the current state of our efforts to achieve our Millennium Development Goals.”

Lacierda was reacting to some lawmakers’ call for the government to overhaul its anti-poverty program anchored on the more than P40 billion Conditional Cash Transfer (CCT) program initiated by the Arroyo administration and sustained and expanded by the Aquino administration.

Lacierda maintained that the data presented in the report were from before the Aquino administration took office on June 30, 2010.

“Since then, in the area of poverty reduction, the conditional cash transfer program or Pantawid Pamilyang Pilipino Program (4Ps) has been reformed and expanded. From less than a million beneficiaries before we entered office, we are now on track to cover 3.1 million by the end of this year,” said Lacierda.

Lacierda said that rather than being a mere dole-out as claimed by its critics, the CCT was “an investment in the best asset of the Philippines – the Filipino people and that it not only provides beneficiaries with resources but also creates, in the long term, a skilled and productive citizenry.”

Lacierda took a swipe at the lawmakers who were quick to criticize the Aquino administration for the country’s failure to meet MDG goals such as reduction of poverty and reducing maternal deaths. “Poverty is a social concern that the government and other stakeholders have taken steps to address and reduce. It is certainly not a political pulpit from which partisans preach,” said Lacierda.