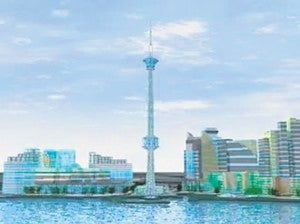 MANILA, Philippines –The Philippine Amusement and Gaming Corp (Pagcor) assured that local players will be allowed to play in its Entertainment City, which is expected to start its operations in 2016.

“We cannot prevent them from going there. We do not want to deprive them of the chance to see and experience the world-class entertainment that the IRs [Integrated Resorts] will provide,” Pagcor chairman  Cristino Naguiat said in a statement issued on Wednesday.

“However, we will make sure that regulation will be in place,” he said.

Four IRs are being built by Pagcor together with four private proponents in the 100-hectare Entertainment City project.  It is expected to generate $10 billion in annual revenues.

The project, Naguiat said, was the agency’s contribution to Philippine tourism.

“At full development, Entertainment City is expected to have the capacity to deliver up to US$10 billion annually in gaming revenues, as well as generate over 400,000 direct and indirect jobs. We are highly enthusiastic about this project and the impact that it will have on Philippine tourism,” he said when he spoke before the 9th ASEAN Finance Ministers’ Investor Seminar (AFMIS) in Hong Kong.

In his presentation during the breakout session of the forum, the Pagcor chief talked about the gaming landscape in the Philippines – its growth potential, its rich tourist attractions and strategic location to main markets.

“On the macro level, the Asia Pacific is in exciting times for global travel. The Philippines is geographically gifted with respect to distances to the region’s most prolific travelers. And based on statistics, the country is being visited mainly for leisure and entertainment,” Naguiat said.

“All of these are good reasons for Pagcor to help the government boost revenues by raising the gaming industry to the next level. Our contribution to Philippine tourism is the Entertainment City which we are developing together with the private sector,” he said.

Compared with Las Vegas, Macau and Singapore, Naguiat said the Philippine gaming industry has a long way to go in terms of revenue potential.

“With the right blend of private sector investment, regulatory maturity and improvements in tourism infrastructure, we believe that a 10% slice of the world’s gaming pie in a few years’ time is an achievable target,” he said.