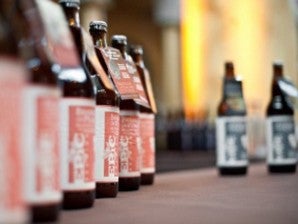 MANILA, Philippines–Believe it or not, more Filipino women are drinking beer than men.

It also showed that beer drinking was more prevalent among married consumers (57 percent) than among the single and unattached (43 percent).

The survey was conducted during the second quarter in the 85 archdioceses and dioceses of the Catholic Church, covering all 17 regions.

The respondents were chosen on the basis of stratified random sampling with a margin of error of plus or minus 2-percent under Slovin’s formula. The formula gives a researcher an idea of how large his sample size needs to be to ensure a reasonable accuracy of results.

Dubbed the “Veritas Truth Survey,” a first by the Church-run radio network, the study was carried out in partnership with diocesan priests and lay people in an effort to understand Filipinos’ consumption of alcohol.

The study was released this month, coinciding with the celebration of Oktoberfest, usually marked by merrymaking and beer-drinking across the globe.

Apparently, more alcohol drinkers were becoming prudent as 70 out of 100 Filipinos said they drink alcoholic beverages only during special occasions.

Eleven said they consumed alcohol on a weekly basis and six on a monthly basis. Only four said drinking was part of their daily routine.

“This would imply that almost 21 percent of Filipinos are regular alcoholic beverage drinkers,” said the study. More than 25 percent of these drinkers are aged between 19 and 25 while 14.38 percent are aged 29 to 35.

On a national scale, the survey revealed that 66 percent of Filipinos were alcoholic beverage drinkers, with those living in Luzon having the highest level of consumption at 58.9 percent. The Visayas registered a 21.5-percent alcohol consumption rate and Mindanao, 19.6 percent.

Metro Manila, Calabarzon and Central Visayas were the top three regions with the highest alcohol consumption rates at 17 percent, 15 percent and 8 percent, respectively.

Aside from the drinking habit of Filipinos, the “Veritas Truth Survey” also tackled other topics, including marriage and public trust in various institutions in the country. The results of these studies were released early this month.

“Using the strategic distribution of the diverse communities nationwide, this survey envisioned to gather relevant information that could be utilized in understanding the needs of the various local communities vis-a-vis the truth advocacy of the radio station,” Bro. Clifford Sorita, a sociologist, said in a statement.