Why Parañaque hospital for poor gets few patients 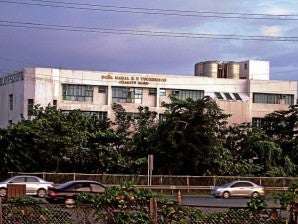 THE OUR LADY of Peace Hospital in Parañaque City says it could hardly serve its target “D and E crowd” after authorities closed its main gate facing a major highway, citing traffic safety concerns. Patients now have to take a long, muddy road just to get to the hospital via a side entrance. PHOTOS BY RICHARD A. REYES

Who should give way: A hospital for the poor or an agency minding road safety?

Officials of Our Lady of Peace Hospital, a decade-old charity institution in Parañaque City, say they are having difficulties drawing in indigent patients after they were forced by transport authorities to close the hospital’s main gate facing the Manila-Cavite Expressway in 2008.

They say the closure has since discouraged people from entering its premises, even in emergency situations, and resulted in fewer patients over the past four years.

Located in Barangay San Dionisio, the OLPH has been pleading to the government to reopen its main gate after it was ordered closed by the Public Estates Authority Tollway Corp. (PEATC) because of safety concerns in 2008. The gate, which is located near the toll plaza, once served as the main entrance to the 100-bed hospital run by the Sisters of St. Paul de Chartres.

Today, anyone planning to go to OLPH must endure a bumpy, muddy ride via longer route that goes around several blocks and passes through a slum area before finally entering the hospital through a side gate.

Based on the records of the hospital administration, the PEATC, on orders of then Toll Regulatory Board executive director Manuel Imperial, requested the gate’s closure “to enforce safety along the expressway [and] avoid vehicular accidents.”

But according to Dr. Rosario Marie Go, the hospital’s marketing communications chair, “we used to see 40 to 50 patients a day for each department (when the main gate was still open).  Now there are only around 15 a day.”

The patients are now mostly limited to Parañaque residents, whereas they used to include those coming from Valenzuela City and even Cavite province. 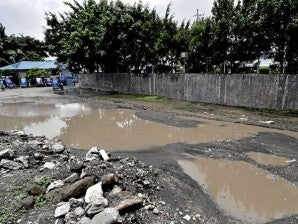 One of the regulars, Rowena Batalla from Bacoor, Cavite, summed up their complaints: “Of all the gates that had to be closed along the highway, they chose that of my hospital.”

“It’s so expensive to get here now,” she said. “Before, it took us only 20 minutes by jeepney or bus to get here from Bacoor. Now it takes at least 45 minutes, and we have to take two rides or a taxi to go around. And sometimes there are no taxi drivers willing to go here.”

For over four years, the OLPH administration and the PEATC have been exchanging letters about the gate’s closure, practically engaging in a running debate.

“While we take cognizance of the importance of the opening of the OLP hospital through the expressway … we are constrained by existing laws and regulations to close all illegal and unauthorized openings along the expressway,” said then PEATC president Jennifer Bote in a letter to the hospital.

The Inquirer sought further comment from PEATC officials earlier this week but the requests for interviews remained unanswered.

In a 2009 letter, OLPH administrator, Sister Marie Jeanette Grabato alerted the Department of Health to the hospital’s predicament: “The closure by PEATC of our gate fronting the coastal road … badly affected our hospital service to the community, since the patients as well as our doctors could no longer have an easy access to the hospital.”

“With such prohibition … the only way our hospital could be reached is through an often muddy slum area at the back of the hospital,” Grabato said.

As a result, the hospital now finds itself in an ironic situation. Go said OLPH continues to receive cash donations for the upgrade of its services and facilities, and yet “we can’t reach the D and E crowd.”

‘’How can they get here if the gate is closed?” Go said, taking particular note of the coastal residents living just across from the hospital. “We have improved our services, but we can’t use them to the fullest. Even if we have improvements, there are no users.”

Go noted that with enough “political will,” the problem could be solved either with the construction of a footbridge or the improvement of the alternative route going to the hospital.