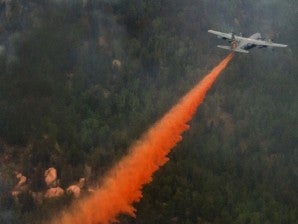 MANILA, Philippines — A Philippine Air Force (PAF) C-130 “Hercules” heavy-lift airplane has arrived in Manila after being sent to the United States for “Periodic Depot Maintenance,” the PAF said in a statement Thursday.

The PAF previously had just one operational C-130 that was used for airlifting supplies and equipment to all parts of the country during times of disasters. With the refurbished C-130’s arrival in Villamor Air Base on Wednesday, the PAF has “double the capability,” Lieutenant General Lauro Catalino Dela Cruz, PAF Chief said.

“The PAF has been responsive and was able to airlift supplies and equipment to our countrymen with a single C-130 during disasters and calamities; now with another one we will double that capability,” Dela Cruz said.

The C-130, with tail number 4704, underwent Periodic Depot Maintenance last August 8 at a British Aerospace facility in Mojave, California. A budget of P190 million, funded through Foreign Millitary Sales, was allocated for the repair.

Upon completion of maintenance, the C-130 left California October 14 and made stopovers at Hawaii, Wake Islands, and Guam in the Pacific before its arrival in the country.