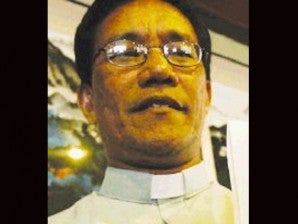 More than half of Filipino Catholics have not gotten married in churches, according to a survey conducted by Radio Veritas, a Catholic-run radio station and this could be because church weddings are deemed costly.

Sociology professor Bro. Clifford Sorita said that the radio station conducted a “truth survey” during the second quarter of the year which showed that the unions of majority of Filipino Catholic couples were not blessed in churches.

“The Catholic Church would have to focus on this problem. This is a serious problem and we have to do something,” he said.

CBCP-Episcopal Commission on Doctrine of the Faith vice chair Emeritus Novaliches Bishop Teodoro Bacani for his part said that the survey results showed the need for an apostolate (mission of an apostle) to get Catholic couples to wed in the Church.

Some 2,500 respondents from the 85 archdioceses and dioceses covering all the 17 regions participated in the survey called “The Filipino Catholicity.”

Sorita believes that the 50.2 percent of those who answered “NA” were not married but were reluctant to admit that they were living together out of wedlock.

“For Filipinos, if you are married why would you not say that you are married… They are embarrassed, they are not comfortable. They would rather hide in anonymity and not answer the question directly,” he said.

He also suspects that a portion of the 7.5 percent of those who admitted they were not married might have wed in civil rites or were living in together and thus might even add to the number of Filipino Catholic couples who were not wed in churches.

Sorita clarified that in the survey, civil marriage was not considered a marriage at all “because the precept is that you have to be married in a church.”