This village is haven for street kids 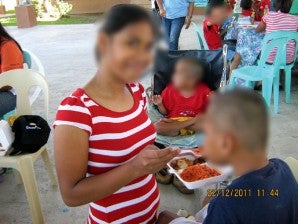 A GIRL under the care of Amor Village feeds a younger boy during a recent activity in the center.

ANAO, Tarlac—The one thing Israel does most proficiently is to gather newly washed and dried clothes from the clothesline, fold them neatly and stack them up in the closet.

For Israel, this is the one thing he loves to do each day and he goes haywire when his housemates mess up his neat pile as they pull out a garment to wear.

JR, on the other hand, loves to play security guard. He wears a guard uniform and moves around like one. He sheds off this get-up when doing other tasks, such as performing a dance number during a program, but wears it back on after that even when he putters around his vegetable plot.

And just about the same time each day, Jun, in his pajamas, sweeps their compound while the rest of his peers are having siesta. To stop him is counterproductive.

Israel, JR and Jun are children who need special care but have been left to fend for themselves—abandoned, neglected, even abused. Home to them now, along with 75 other children, is a place called Amor Village in the northern town of Anao in Tarlac.

“Amor” is an acronym for Accelerating Minor’s Opportunity for Recovery. It is meant to be a center for Tarlac’s street children when it was conceptualized and built in 2008.

The project was a brainchild of then Tarlac Rep. Monica Louise Prieto-Teodoro, who poured a bulk of her congressional funds to build the center.

Laid out in Amor Village’s 8,000-square meter compound are the boys’ and girls’ dormitories that can accommodate a total of 80 children. 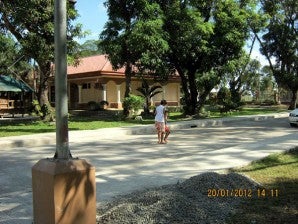 AMOR Village in Anao, Tarlac, gives street children, especially those with special needs, a home and a learning environment. PHOTOS BY JO MARTINEZ-CLEMENTE

The center has a separate building for its library, playroom, special education classroom and psychology and therapy room. Its dining area and kitchen are housed in another building. There is also a covered court, a livelihood area, training and conference rooms and the administration building.

The vast grounds serve as picnic area. The village is supervised by the Department of Social Welfare and Development (DSWD) and its operation is subsidized by the Tarlac government.

Today, however, Amor Village has ceased to be for Tarlac’s street children only. It has become national center as children placed in its care come from all over the country.

It has also gone beyond the limits of its acronym as a center for minors because some residents of the village, like Israel, are way past 18 years old.

Rowena Apolto, a social worker, says at least 60 percent of those under their care would probably stay in the center for the rest of their lives.

She attributes this to various factors, the most important of which is the difficulty of tracking down their parents and relatives and the unreadiness of communities to accept or adopt children with special needs.

Sometimes, Amor Village also provides shelter for children in conflict with the law as well as those abused in their homes.

Apolto says each child in their care has a unique story. Some were taken to the center by other child care centers of the DSWD or by private institutions.

In all these, she says the center has set in place a case management system using social work interventions like counseling, and case work to prepare the child for family reunification and community reintegration.

“But there are instances when family reunification is not done. Even as we study their cases and find their parents or relatives through the best way we can, it has become very difficult [to unite them with their families],” she says.

On many occasions, she says they retrace steps and bring the children back to where they were found to find links but this, too, hardly works.

After a while, she says the children are declared abandoned. “But much as we want them to have permanent homes, the community is not ready to adopt children like them,” she says.

Melba Vinluan, the center head, says they have tapped psychologists to assess each child and guide center personnel to develop individualized treatment plans.

She says they have also engaged the services of “house parents” like teachers and nurses who are experienced in child caring.

As to individualized plans, Apolto says children who can attend regular school are sent to a nearby public school. A house parent brings them there every day and fetches them after classes.

For the rest, the center provides opportunities for children to learn through a nonformal setting. The house parents provide special education services as well as use alternative learning systems in cooperation with the Department of Education (DepEd) and some nongovernment organizations.

Educational activities are balanced with what the center calls “home-life services.”

Vinluan says these are activities with therapeutic intent and implemented by house parents—a very important role that could test their patience and demonstrate their love as they act as surrogate parents to the children.

Danny Espique is one of Amor Village’s house parents and is “Daddy Danny” to Israel, his special ward. Israel is the oldest, the longest staying and most difficult to handle among the center’s residents.

During fits when Israel’s violent tendencies manifest, it would take someone like Espique to bring him to his isolation room to avoid hurting the smaller children.

Espique says he never thought of becoming a house parent. The task, he says, needs a lot of patience as these are children who are different and one needs to truly understand them.

While the DSWD and the Tarlac government fund the maintenance of the village, donations to augment the supplies of children as well as  sponsorship of activities for their rehabilitation are needed, Vinluan says.