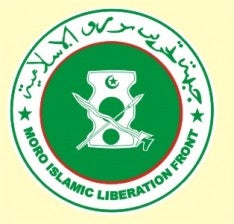 ZAMBOANGA CITY, Philippines — Moro National Liberation Front leader Nur Misuari  threatened, on Tuesday, to file in court a suit against the Philippine government for signing a framework agreement with the Moro Islamic Liberation Front to pave the way for the setting up of a new Bangsamoro entity that would replace the Autonomous Region in Muslim Mindanao.

“Instead of solving, this will plunge Mindanao to another war that the Philippine government cannot afford to have at this time,” he said, adding that MNLF members have remained “alive and kicking” through the years.

“This is illegal, we can bring President (Benigno Simeon) Aquino (III) to the International Court, the criminal court, for violating International Law,” he said.

Misuari said what made the framework agreement illegal was the 1996 peace accord that the government had signed with the MNLF.

The accord, he said, was internationally recognized.

“The Philippine Constitution says that this nation is committed to respect International Law, as part of the law of the land. The (1996) Peace Agreement was based on the United Nations charter,” he said.

Misuari also criticized the forging of the framework agreement as “a misguided act on the part of the government.”

The 70-year-old Moro leader also said President Aquino has put to waste his mother’s support for the peace agreement with the MNLF.

“His mother upheld strongly the peace agreement with the MNLF. His father Ninoy also supported the peace process. Sad because after their deaths, it seems that the son is now quite lost,” Misuari said.

He recounted that when he and Cory privately talked about the peace process on Sept. 5, 1986, Aquino was a witness.

“There was this small boy who joined his mother in Sulu. The mother was escorted by Juan Ponce Enrile, Gregorio Honasan, Butch Aquino and former President Fidel Ramos. I told Cory that I want to speak with her in private and she told the rest of her group to leave the room except for one boy, who took photos of me and his mother. It was Noynoy and he witnessed how strongly his mother expressed her commitment to the peace talks,” Misuari said.

“It’s heaven and earth ang difference niyan. In the framework it only covers 5 provinces, while in the Tripoli Agreement, the territories  (span) 13 provinces,” he said.

Misuari said “a wide consultation was slated” to be held in Davao City over the framework agreement and he was expecting a large number of MNLF members to attend.

He also warned of a major trouble because the MNLF felt it was back-stabbed.

“We have been watching, we’ve been quiet, tolerant, silent, complacent, kahit na binabastos na kami (even if we’ve been at the receiving end of rudeness). Despite our silence for how many decades, we are still strong, only the people of Mindanao know the real meaning of peace. We are ready for anything,” he said.