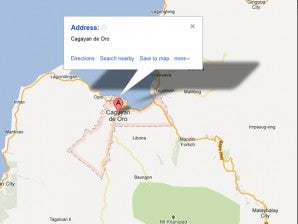 CAGAYAN DE ORO CITY, Philippines—A tribal leader said to be leading opposition to the use of land being claimed by his tribe for a palm oil plantation has been shot dead on Wednesday, the latest victim of continued extrajudicial killings in the country.

Gilbert Paborada, a leader of the Higanonon tribe, was shot by an assassin riding a motorcycle with an accomplice in Barangay Puntod here around 3 p.m. on Wednesday, according to police on Saturday.

Paborada had been based in Opol, Misamis Oriental, but transferred his residence after a series of attacks and death threats that his group has been receiving since last year.

He chairs Pangalasag, a group of indigenous peoples opposing the entry of an American firm planning to develop a palm oil plantation on a land being claimed as ancestral domain by Paborada’s group in the village of Bagocboc in Opol.

Police quoted witnesses as saying Paborada was disembarking from a tricycle near his house in Puntod when he was attacked.

When his bullet-riddled body slumped on the pavement, the gunman fired at him one more time to finish him off.

Sr. Stella Matutina, of the Missionary of Benedictine Sisters of Tutzing and secretary general of Panalipdan Mindanao, told the Inquirer that Paborada was the latest on the long list of lumad leaders slain since President Aquino came to power in 2010.

She cited the case of a lumad leader belonging to the Banwaon tribe in Barangay Balit in San Luis, Agusan del Sur, who was allegedly tortured before he was murdered, as one example.

“There is this systemic killing of lumad leaders in Mindanao in the name of development,” she said.

“I am very saddened by Paborada’s death,” she said. “This only shows a blatant display of state-sponsored murders against people fighting for their homeland,” she added. Grace Albasin, Inquirer Mindanao