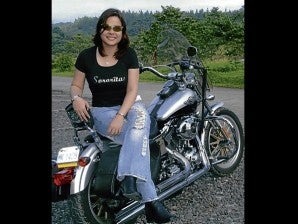 DAVAO CITY—Mayor Sara Duterte has defied her father’s wishes and withdrawn from the race for congressman against a key Duterte political rival in a move that is raising more questions than answers here.

The tipping scale was seen to tilt in favor of the incumbent congressman of the first district, Karlo Nograles, following Sara’s decision not to file her certificate of candidacy (COC) for representative in violation of an apparent deal with her father, Rodrigo Duterte, who is running for mayor of the city again.

Rodrigo, incumbent vice mayor, is running for mayor against four opponents who are not known. He is reclaiming his old post after term limits forced him to let go of the mayoral position and sit as vice mayor of his daughter while waiting for the opening to run for mayor again.

Rodrigo had counted on Sara to run against Karlo, incumbent congressman and son of key Arroyo ally and former Speaker Prospero Nograles, who is a bitter Duterte rival.

The Nograles family has been able to keep the first district seat in the last 20 years by alternately fielding father and son when term limits catch up with them.

Instead of heeding her father’s wish, Sara shut the door to another elective post. She released a statement in the afternoon of the last day of filing COCs, saying she was not running for reelection to allow her father to reclaim his old post. Neither is she running for congressman as her father had wanted.

Sara’s decision threw the local party that her father founded and heads, Hugpong sa Tawong Lungsod, into a frenzy in its search for a replacement that ended up with the choice of Luis Bonguyan, former vice mayor, who even party officials said is a lightweight if pitted against the younger Nograles.

Bonguyan said he feels confident of scoring an upset because of the support of the Dutertes.

The first district House seat is considered key for Duterte’s local party because having a Duterte occupy it would complete the family’s political dominance of the city. The Nograleses’ hold on the position continues to stick like a sore thumb in the Dutertes’ rule over the city.

Should a Duterte succeed in wresting the position away from the Nograleses, it could signal the decline of the Nograleses’ influence in the city and the further strengthening of the Dutertes’ reign.

The plan fell through, however, after Sara refused to go along with it.

“Up to the last minute, I was waiting for her to change her mind and finally run for congressman,” said Paolo Duterte, Sara’s brother and head of the Association of Barangay Captains in the city.

Paolo is running for vice mayor to his father, unopposed.

Rodrigo is now running for a seventh term as mayor in a political career that spanned 25 years. His hold on the mayoral post, which started in 1988, was broken only when he ran for congressman in 1998 and last year, when he ran for vice mayor of his daughter. Germelina Lacorte, Inquirer Mindanao