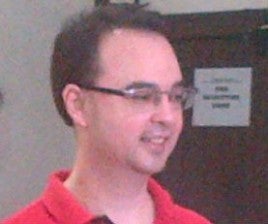 He is running for another term as senator under the Liberal Party (LP).

When asked about his reported rift with fellow LP candidate and former senator Maria Ana Consuelo “Jamby” Madrigal, he said he was honest in saying he would feel uncomfortable running with her.

Madrigal, who filed her COC Thursday, told reporters that she would not feel any discomfort in running with Cayetano.

Cayetano said “this election should not be about personalities but should be about [each candidate’s] vision and platform.”

He also said that he had shaken hands with Madrigal and greeted her during the LP proclamation and that the discomfort was lessened then.

He emphasized they were in the coalition because of their common advocacies and not just beacuse they both waned to win by joining the ruling party.

On the issue of the controversial Cybercrime Law, he said that he was set to file several amendments once the Senate resumes session on Monday.

He said that the Libel law itself also needed to be amended because it was being used to harass media personalities. He urged the public to “boycott politicians who are not in favor of decriminalizing libel.”

He also said he would propose the “live tweeting” of Senate sessions so that people all over the world could give feedback when they are doing amendments and prevent another case of “insertions” like with the Cybercrime law.

He also said he wanted to propose the giving of advance copies of amendments to law schools so they can also scrutinize the bills.

When asked about political dynasties, he said that it wasn’t about the relatives of a candidate but whether the candidate could do good to the country.

On his being a critic of Comelec, Cayetano said that he was being critical because “people need to trust Comelec in order for them to trust elections.”

Asked about newly appointed Comelec commissioner, former Isabela governor Grace Padaca, he said that he knew her reputation as a reformist.

“I don’t think she is a person who will have a debt of gratitude for the person who appointed her,” Cayetano said, referring to the many who perceived she would be biased towards President Benigno Aquino III.

“I know her reputation as a reformist and I hope she will bring reforms to Comelec,” Cayetano said.

He clarified that his being critical of the Comelec was issue-based and that he just wanted to improve the processes and make elections more credible.