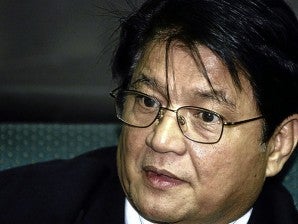 CEBU CITY—A 300-hectare reclaimed area owned by the Cebu City government has been cited by a top urban planner as a successful model for reclamation projects outside Metro Manila.

These include SM Prime Holdings Inc. and Filinvest Land Inc.

Palafox mentioned SRP in his presentation during a conference, “Dredging and Land Reclamation 2012,” in Singapore, which ran from Oct. 2 to 4.

SRP is dubbed as the “heart of the city” as it is accessible in the north through the Cebu City port and in the south through an access road in Barangay Mambaling.

In a statement sent by e-mail, Palafox said reclamation could “do the country a lot of good if done properly.”

While some have claimed that reclamation has caused negative environmental impact such as flooding, Palafox said inefficient waste disposal and the absence of flood-mitigating infrastructure were the primary causes of floods in urban areas.

“The Philippines has the world’s third longest waterfront but we don’t use our waterfront properly. We don’t use them as front doors to development but as outhouses where garbage is thrown,” he pointed out.

Palafox designed two reclamation mega projects in Dubai: the Palm Islands Resort and Map of the World. Both are acknowledged modern architectural wonders and tourism destinations.