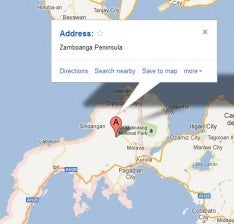 As in past elections, political dynasties are closing ranks again to keep their hold to power in Mindanao.

The Jalosjos clan will be fielding members and allies in at least three provinces and two cities in the Zamboanga Peninsula in next year’s elections.

Pagadian City Mayor Samuel Co, a third-termer who had allied with the Jalosjoses, will be running to represent the second district. He will face reelectionist Rep. Victor Yu.

In Zamboanga del Norte, the Jalosjoses continue to carry the National Unity Party in dominating the province, according to Gov. Rolando Yebes, a third-termer, who is running to represent the second district against reelectionist Rep. Rosendo Labad-labad.

For the Zamboanga del Norte gubernatorial post, it will be a fight between Mayor Evelyn Uy’s husband, Roberto, and Cesar Jalosjos. Rep. Bullet Jalosjos (first district) and Hannah Jalosjos (third district) are seeking another term.

The Dimaporos will not go unchallenged by estranged relatives and former allies in Lanao del Norte.

A second generation of Dimaporo politicians have been adding steam to the clan whose foothold to power was built by the warlord Ali Dimaporo half-a-century ago after failed attempts to rule Lanao del Sur.

Ali’s son, Abdullah, has been scarcely seen in public since 2010. Abdullah’s son, incumbent Gov. Mohamad Khalid, is seeking a third and last term, while a daughter, Fatima Aliah, a first-term representative of the second district, is expected to seek another mandate although there is talk that she may run for mayor to give way to her father’s comeback.

Abdullah’s wife, Imelda Quibranza, will be seeking a second-term as representative of the first district. Imelda’s older sister, Mayor Nelieta Noval of Tubod town, is expected to run for a second-term.

Mangotara is allied with the politician-brothers Romulo and Rafael Rizalda. Rafael is incumbent mayor of Maigo town, who filed plunder raps against the Dimaporo couple several months back. Romulo squared off with Imelda in the 2010 congressional race.

Mangotara also counts the support of Pantao-Ragat Vice Mayor Lacson Lantod, who is married to a Dimaporo.

Duterte, however, still has to announce who will run for mayor and first district representative, which will be decided between him and his daughter Sara, the incumbent mayor.

He defended himself against accusations of building a political dynasty, saying Hugpong risked “weakening” itself if it would field candidates with less chances of winning. “This is for our own (political) survival,” he told over 3,000 members.

Former Speaker Prospero Nograles, who  lost the mayoral race to the Dutertes thrice, was reportedly “retiring from politics,” but reports still say he might be planning a fourth attempt. His son, Karlo Alexei, the city’s first district representative, filed his certificate of candidacy for reelection on Monday.

In Compostela Valley, Uy’s brother, Gov. Arturo Uy, may be running unopposed for his last term. The governor’s son, Tyrone, is said to be running for provincial board member in the second district.

In the Agusan provinces, as well as Butuan City, the same powerful clans would be dominating the election landscape.

In Agusan del Sur, sibling rivalry is heating up in the Plaza clan. Former Rep. Rodolfo Plaza has publicly declared that he would take back his position from his younger sister, Rep. Rowena Plaza-Millana.

Surigao del Norte’s Matugas family, which  controls the top provincial and and city elective posts, will be up against old foes.

The Padajon Surigao party of the Matugases has declared the reelection bids of Gov. Sol Matugas and her husband, Rep. Francisco Matugas (first district). An ally, Rep. Guillermo A. Romarate (second district), is also seeking reelection.

Surigao City Mayor Ernesto Matugas is seeking a second term; his son, Ernest, is in the administration’s city council lineup.

Padajon is up against the newly reconstituted Koalisyon nan mga Partido Oposisyon sa Surigao or Kusog, headed by former Surigao City Mayor Alfonso Casurra. But Casurra admitted that the coalition slate might encounter difficulties, noting that brothers Lyndon and Robert Ace Barbers have not disclosed their political intentions yet.

Lyndon, a former governor, is rumored to be eyeing his former post. Ace is said to be gunning for the second congressional seat.

The PBMA leadership, however, is closely allied with the governor, wife of its founder, Ruben Sr. The younger Ecleo’s enlistment of PBMA members is seen as a strategy to weaken her mother’s influence in the sect.

Jade has also included Hero Ecleo, son of the current PBMA figurehead, Ruben Jr., on her provincial board slate.