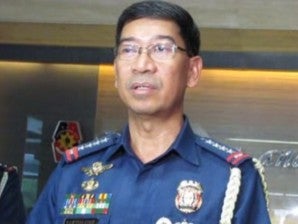 MANILA, Philippines — As individuals seeking elective posts in the 2013 midterm elections start trooping to the Commission on Elections (Comelec) on Monday (Oct. 1), so are the members of the 148,000-strong Philippine National Police (PNP).

PNP chief Director General Nicanor Bartolome said on Sunday policemen have been directed to fan out to all Comelec offices across the country to ensure peace and order during the filing of the certificates of candidacies by politicians, starting Monday, until Friday (Oct. 5).

He said he issued a letter of instruction to each of the 17 regional police directors early last month instructing them to update their security arrangements for the upcoming election period.

“Our security preparations are all complete. All activities of the Comelec, which have something to do with the filing of the COCs should be properly secured,” Bartolome told the Philippine Daily Inquirer over the phone.

“All my field commanders were directed to coordinate closely with their counterparts in the Comelec and the Armed Forces,” he said.

Chief Superintendent Generoso Cerbo Jr., PNP spokesperson, said additional police personnel would be deployed at the Comelec’s main office in Intramuros, Manila, and at the offices of election supervisors in the provinces.

He, however, could not ascertain how many policemen would be sent to keep a close watch on election offices.

“But we will maximize the deployment of police personnel especially in the provinces where fights between supporters of rival candidates usually occur,” Cerbo said in a separate phone interview.

“We will maximize the police presence in those areas to ease the tension among the supporters of those who will file their COCs. We assure the public that police presence will be felt in those places.”

Bartolome said the PNP and its regional police offices have started evaluating the security situation in towns, cities and provinces, which were previously identified as “election watch-list areas,” or hotspots.

The PNP chief declined to identify which areas were being assessed as possible poll hotspots, noting that the official campaign period for local candidates has yet to start.

He said he met with all the PNP regional directors last week to discuss their security preparations for the local elections, historically the most violent elections in the country.

“We have come up with an initial list, but that remains to be further validated as we get near the (official) campaign period. In our assessment, the situation on the ground usually changes as the political climate also changes,” he said.

“So it’s too early to tell (which are the election hotspots). This may not reflect the true picture of the situation on the ground.”

Cerbo, on the other hand, noted that in some areas, feuding political clans were reported to have settled their differences and joined the same political alliances.

The police conducted special security operations in Maguindanao, the site of the worst election-related violence in the country’s history that left 58 people, among them 32 journalists, dead on Nov. 23, 2009.

Bartolome said the various units of the Joint Peace and Security Coordinating Committee — a special security council composed of PNP and Armed Forces personnel — would also shift its anti-insurgency campaign to election-related operations.