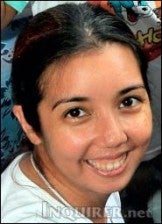 MANILA, Philippines— Luli Arroyo-Bernas will not run in place of her mother, former President and now Pampanga Representative Gloria Macapagal-Arroyo, in the 2013 midterm elections.

Elena Bautista-Horn, Arroyo’s spokesperson, on Thursday said that Luli will not be vying for a seat at the House of Representatives, contrary to the statement of House minority leader Danilo Suarez earlier this week saying that she might run if the elder Arroyo is too ill to do so.

Suarez recently told reporters that the Arroyo’s condition was still unstable, following several operations for a pinched nerve near her neck. She has since been in and out of the Veterans’ Memorial Medical Center for therapy and has been seeking alternative forms of treatments.