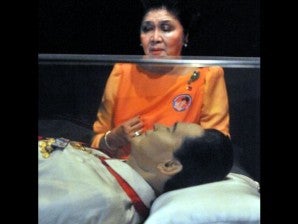 OZAMIZ CITY, Philippines — Let us not forget the onerous debts.

This is what the Freedom from Debt Coalition (FDC) said as it reminded Filipinos on the “crimes and legacies of the Martial Law era and that of the strongman rule of Ferdinand Marcos that continue to hound and harm our nation and people.”

“One of these criminal legacies is the regime’s fraudulent and illegitimate debts that were riddled with corruption and hardly benefited the people,” the FDC, a non-government organization opposing the payment of debts incurred by the Marcos regime, said in a statement.

When Marcos fled in 1986 in the wake of the popular uprising, the country was saddled with $28 billion in foreign debt.

The FDC noted that at the start of Marcos’ presidency in 1965, the country’s foreign debt stood only at $1 billion.

The group echoed the widespread suspicion among anti-dictatorship forces then that Marcos and his cronies profited from the fraudulent loans contracted by government, which could be the source of his ill-gotten wealth estimated to be at least $5 billion.

“The plunder of our economy plunged the people into mass poverty. In 1975, 57 percent of the Filipino families reportedly lived below the poverty line, while Marcos, his wife and their cronies indulged in extravagance and opulence,” the FDC said.

“Today, Filipino taxpayers continue to bear the cost of the regime’s foreign debts, until 2025,” it added.

The FDC said the government’s policy to honor the Marcos debts compromised important spending for health, education and basic social services “that the government is duty-bound to provide for the people.”

“This policy contributed to a perennial and seemingly vicious cycle of budget shortfalls and fiscal crises, continued debt and interest payments, increased tax burdens, increased debt burdens and severe reduction , if not criminal neglect of the welfare needs, economic and social services for the people,” FDC explained.

“The Aquino regime and successive governments often used the budget and the debt crisis they inherited from Marcos as reasons to allow… privatization and deregulation of essential public services like water and power, cheap sale of government assets and properties, and imposition of regressive tax measures such as the 10% value-added tax (VAT) which was later increased and expanded to the detriment of the majority poor consumers,” it added.

Akbayan Rep. Walden Bello, former FDC president, said the government’s “stubborn policy of debt repayments, and its inability to spend and invest have consigned our country not only to debt burden and debt trap, but also economic stagnation.”

FDC said that between 1986 and 1991, “the country reportedly averaged a negative $1.5 billion transfer of resources to the creditor countries each year.”

“For this year, the Philippine government spends P1.4 million per minute of the people’s money for debt servicing,” FDC said.

“The continuing failure of the government to prioritize the people’s needs and welfare over debt servicing is… a failure to rectify the Marcos misdeeds,” the group stressed.