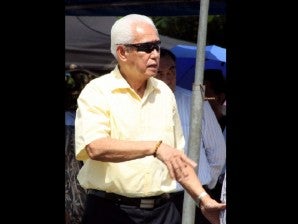 MANILA, Philippines–For now, the oil depot in Pandacan will have to go.

With 28 votes, the City Council of Manila on Thursday reversed Mayor Alfredo Lim’s veto of the ordinance seeking to kick out the oil storage facilities in Pandacan.

The council suspended the rules and tackled Ordinance No. 8283 even if it was not in Thursday’s agenda.

Ordinance 8283 reclassifies the Pandacan oil depot area from industrial to commercial, which will force the oil companies to transfer their storage facilities.

To avoid confusion, the council decided to hold a nominal voting, where each councilor will be called and will state whether they are in favor of overriding the veto or not.

“We will lose taxes and jobs for the city if we boot out the oil companies. That’s why we amended the ordinance before (referring to Ordinance 8187 in 2009 that made the Pandacan an industrial zone),” Lim said in an earlier interview.

The main author of Ordinance 8283, Councilor Jocelyn Dawis-Asuncion, however, told the INQUIRER: “The bulk of those taxes paid by the oil companies came from real property tax. And the land will still be there even if the oil companies go.”

Asuncion said that once the oil depot is gone, the 33 hectares of land could be developed to generate more jobs for Manila residents and additional income for the city government.

“There would be hospitals, government institutions, schools, malls and other commercial establishments. Of course, there would be room for housing,” Asuncion said.

Asuncion has been pushing for the relocation of the oil depot since 2001, after the 9/11 terror attacks against the United States. The Supreme Court has twice upheld that the presence of the oil depot in a largely populated area poses a threat to the residents.

Of the so-called “Big 3” oil companies that operate in Pandacan, only Petron Corp. has manifested its intent to leave.