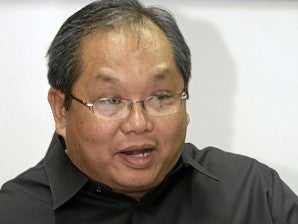 President Aquino on Tuesday dropped Rico E. Puno after his controversial shooting range buddy got caught in yet another storm following the death of his immediate boss, Jesse Robredo.

Mr. Aquino on Tuesday accepted the resignation of Puno as undersecretary in the Department of the Interior and Local Government (DILG) in the aftermath of a furor over his alleged “raids,” purportedly to secure state papers upon the President’s directive, on the offices of Robredo and an attempt to enter the apartment of Robredo after his plane crashed on August 18.

Puno kept silent throughout the furor until Tuesday when he sent his resignation letter.

“As undersecretary for peace and order in the DILG, I am entrusted with duties and responsibilities that involve strict confidence, security and protocol. Violating the confidential nature of my duties may expose people to danger or jeopardize critical operations,” Puno began his statement.

Why I kept quiet

“Hence I am duty-bound to act with restraint and circumspection, even when subjected to personal attacks in the mass media. This is why I have opted not to react to the speculative accusations that have been hurled against me by some media organizations,” he said.

Puno, described by the President as his “eyes and ears” in the DILG, has been summoned to appear in a Senate inquiry on Friday over his “unique” position in the Aquino administration.

Presidential spokesperson Edwin Lacierda said that “as far as we know, Undersecretary Puno is willing to defend himself. What is clear from the statements was that the President instructed Undersecretary Puno to secure the office of Secretary Jesse Robredo … There were some confidential documents in the condominium of Secretary Jesse Robredo. He took it upon himself in his initiative to also ensure that the documents in the condominium be also secured. But, again, when you say secured, nothing is to be brought out, nothing is to be touched. So, as far as we know, the instructions of the President were carried out by Undersecretary Puno.”

Lacierda told reporters that Puno submitted on Friday his resignation letter through Executive Secretary Paquito Ochoa Jr., who is officer in charge of the DILG.

“It clears the air that what some people refer to as KKK (kaibigan, kaklase at kabarilan) is not true,” he said, referring to claims that the President coddled his friends, classmates and shooting buddies.

“This is a development that certainly would put to rest all these accusations of the fact that Undersecretary Puno is close to the President and he’s being coddled and that’s not true,” he added.

Mr. Aquino, who saw a copy of Puno’s resignation letter when he arrived from the Asia-Pacific Economic Cooperation Leaders’ Summit in Russia on Sunday night and had a chat with Puno on Monday, did not offer any government post to Puno, Lacierda said.

“There’s no word to that effect,” he said.

The President earlier said Puno continued to have his trust and confidence. Mr. Aquino pointed out that he himself took responsibility for the hostage fiasco two months into his presidency that was blamed on Puno. Eight Hong Kong tourists died in the incident caught by international TV cameras.

“I believe I have carried out my assigned duties to the best of my ability. Moving forward, I have resigned as DILG undersecretary to support the President’s decision to give a free hand to the incoming secretary in forming a new team,” Puno said, referring to Secretary Manuel Roxas II.

“I wish to thank President Aquino for his trust and confidence in giving me the opportunity to serve our country and people.”

The resignation came on the heels of an ABS-CBN report that Robredo and police officials tried to enter the offices of Robredo at the DILG, in Camp Crame and the National Police Commission, as well as his condominium unit in Quezon City beginning a day after the plane crash.

As speculations swirled over Puno’s moves, Mr. Aquino confirmed to reporters in Russia that he had ordered Puno to “lock down” Robredo’s offices.

The ABS-CBN report also said that at the time of his death, Robredo was investigating contracts for the acquisition of firearms by the national police involving Puno. However, Robredo’s widow said her late husband was not investigating Puno.

While he had not seen the resignation letter, Lacierda said Puno “resigned voluntarily” and was not forced to quit.

“Resignation is always a selfless act … Especially in terms of, in the midst of a difficult situation … it certainly is commendable that the official concerned resign on his own accord,” Lacierda said.

When asked if the acceptance of his resignation meant he had lost the President’s trust, Lacierda said: “It doesn’t follow … Again, this is a resignation that Undersecretary Puno has … This is a course of action that he decided to do.”

Lacierda squelched insinuations that his resignation could be an offshoot of moves by some government officials to ease him out of the DILG. He said the President met with Puno on Monday in Malacañang but could not provide details.

He said it was up to Puno whether to appear at the Senate inquiry called by Senator Miriam Defensor-Santiago. “As far as we know, he’s ready to explain,” he said.

Lacierda also said that Puno was in a “better position” to explain why he decided to quit while claiming he only followed orders to secure Robredo’s offices.

In his statement, Puno provided a timeline of his actions, from the time he received orders from the President to secure Robredo’s offices hours after Robredo’s plane crashed on the afternoon of August 18 to the time he led police teams in securing Robredo’s three offices and his apartment the next day.

Puno said that for the past two years, he had carried out specific assignments in accordance with the President’s mandate.

“We have introduced reforms to ensure full transparency of procurement and bidding processes. We have streamlined these processes to achieve the President’s objective of getting  ‘the biggest bang for the buck’ in providing basic equipment to enable our uniformed personnel to perform their tasks effectively,” Puno said.