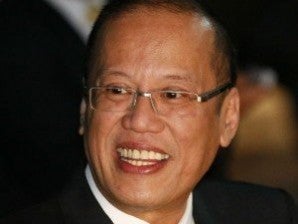 RUSSKIY ISLAND, Vladivostok, Russia — President Benigno Aquino III has no plans to coast along with the recent spike in his  ratings, saying he was not yet through making more bold moves to further advance his “tuwid na daan(straight path)” campaign until the end of his term.

In a briefing Saturday night, the President said: “We will not take risks just for the sake of getting thrills. Our point is whatever needs to be faced, we have to be decisive.”

While the surge in the President’s net satisfaction rating to a record 67 percent based on the latest Social Weather Stations survey was partly due to the successful impeachment of former Chief Justice Renato Corona, the President insisted that it was nothing personal as he was just a “personification of the wrongs of the justice system that continue to persist.”

“What happened to the Chief Justice was just the start. If we have administrative cases filed against errant judges, we expect Chief Justice Sereno to provide a swift solution,” said the President in a briefing here Saturday night. “But (removing) him (Corona) was probably what my `bosses’ wanted and I am glad I achieved it for them.”