‘No problem’: Puno says he can work with Roxas at DILG | Inquirer News
Close
menu
search

‘No problem’: Puno says he can work with Roxas at DILG 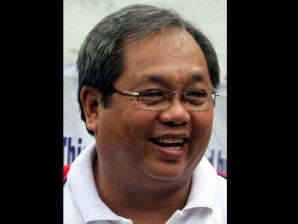 Puno, in a brief ambush interview at the House of Representatives on Tuesday, said he had not talked to Roxas but that he would do what he has been tasked to do.

“Yes, of course, wherever we would be brought,” Puno said when asked if he could work with Roxas.

As for reports that he would be assigned to the Department of Agriculture, he said he knew nothing about that. He said he would wait for orders.

Puno, who is in charge of police affairs, showed up at the House appropriations committee hearing on the DILG budget on Tuesday, and answered questions from lawmakers about the department’s 2013 plans.

Earlier, Executive Secretary Paquito Ochoa said Puno, the President’s shooting buddy, remained at the DILG, in spite of statements from Palace officials that Roxas would have full control of his new department.

As head of the DILG, Roxas would have authority over the Philippine National Police, the Bureau of Jail Management and Penology, and the Bureau of Fire Protection.

Puno oversaw police affairs in the DILG when Jesse Robredo, who died in a plane crash last August 18, headed the department.