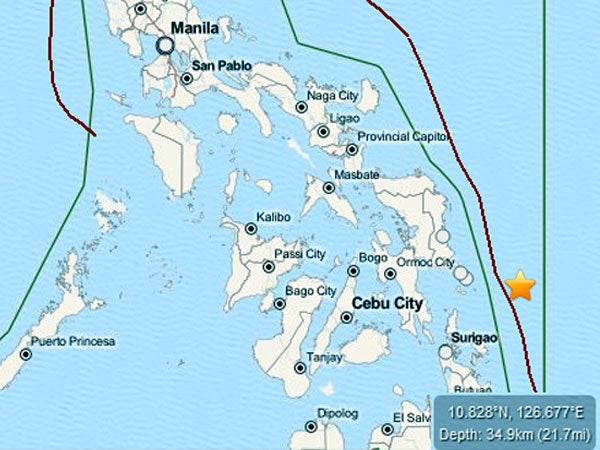 MANILA, Philippines — One person died while a child was injured in Cagayan de Oro after a 7.6 magnitude earthquake hit the sea area east of the Philippines on Friday and a tsunami warning was issued for the archipelago, Indonesia and Palau, seismologists said.

In a televised interview, Cagayan de Oro mayor Vicente Emano said the fatality drowned from a flashflood near a river in the area of Barangay (village) Tablon.

He added that seven houses were also swamped near the river while another was buried by a landslide.

A local radio station in Cagayan de Oro City reported one house collapsed and there was no electricity in several other towns and cities across the central and southern Philippines.

The US Geological Survey said the quake had a depth of 33 kilometers (20 miles) and hit some 139 kilometers east of the city of Sulangan.

Residents living near coastal areas have been advised to go to higher ground as the Philippine Institute for Volcanology and Seismology (Phivolcs) raised the tsunami alert level to three.